Cartels continue to transport tons of poison into our country, and if it weren’t for our Border Patrol agents, more of it would end up in our schools & communities. During my last visit to our southern border in January & February for We Build the Wall, I visited places where cartels battled Mexican forces and large gaps in our wall system. Cartels can easily get these drugs into our country where border walls don’t exist which is why we must continue to build until the entire border is sealed.

In Escondido, CA, “U.S. Border Patrol agents arrested a man who had a combined 46.7 pounds of cocaine and fentanyl in his car on Wednesday afternoon.

At approximately 1:30 p.m., an agent with his K9 partner initiated a vehicle stop on a 2007 Gray Toyota Camry on northbound interstate 15 in Escondido.

During the vehicle stop, the K9 team performed an exterior search of the sedan which resulted in an alert to the vehicle. Pursuant to the alert, agents discovered aftermarket compartments inside the front and rear seats containing 18 foil-wrapped packages. 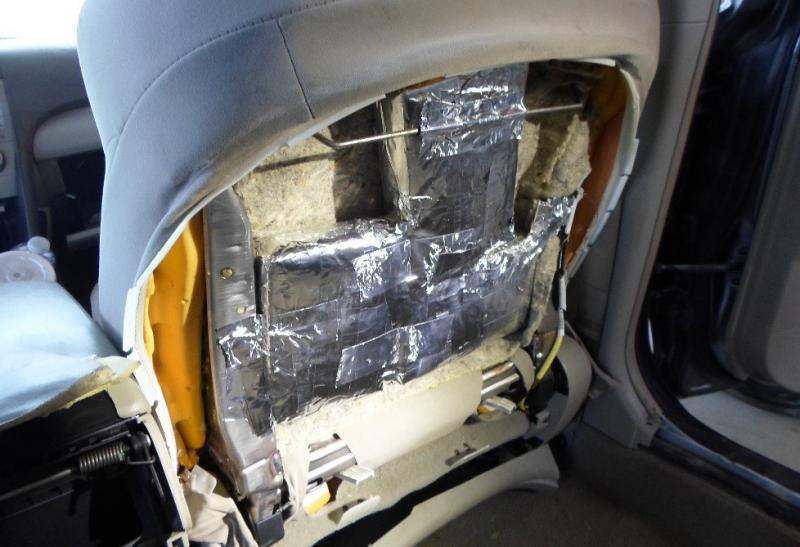 The 18 foil-wrapped packages contained 41.4 pounds of cocaine and 5.3 pounds of fentanyl. That is equal to 1,200,000 lethal doses of fentanyl. In total, the illegal narcotics have an estimated street value of $558,000.

The man, a 49-year-old Mexican citizen with a B1/B2 Visa, was taken into custody and later turned over to the Drug Enforcement Administration. The vehicle was seized by the U.S. Border Patrol.”

In Murrieta, CA, “Border Patrol agents arrested a man Wednesday evening who had over 70 pounds of cocaine hidden inside his truck.

On March 4th, at approximately 7 p.m., Border Patrol agents initiated a vehicle stop on a suspicious 2016 Nissan Frontier on Interstate 215 near the Murrieta Hot Springs exit. Pursuant to a K-9 alert, the pickup truck was searched by agents.

During the search, agents discovered 27 bundles of cocaine stashed inside the pickup’s front and rear seats, and underneath the seats.

“In the last 72 hours San Diego Sector has seized over 117 pounds of lethal narcotics worth more than $1,300,000,” said Chief Patrol Agent Aaron Heitke. “Thankfully these dangerous drugs will not reach our local communities.”

The driver, a 32-year-old U.S. citizen, was placed under arrest. The narcotics were turned over to the Drug Enforcement Administration. The vehicle was seized by the U.S. Border Patrol.”

And in San Diego, “U.S. Customs and Border Protection officers working at the Otay Mesa cargo facility on Tuesday evening discovered 311 pounds of methamphetamine hidden inside of stone items.

On March 3rd, at about 7 p.m., a 38-year-old male Mexican citizen drove a 2013 International tractor pulling a trailer into the cargo port with a shipment manifested as stone items. The CBP officer referred the shipment to the dock for a more intensive examination. 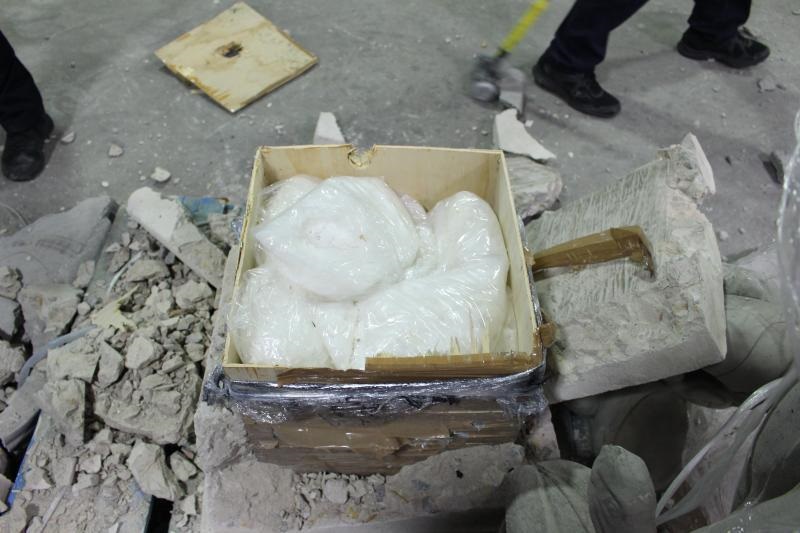 CBP officers utilized a detector dog to screen the tractor/trailer and the canine alerted to the shipment. CBP officers broke open one of the stone items discovering a wooden box. Inside the box, officers discovered a crystal-like substance that field-tested positive for the properties of methamphetamine.

CBP officers removed 136 wrapped packages of methamphetamine concealed inside of the stone items, with a street value of more than $590,000.

“CBP has numerous layers of enforcement and our officers will go above and beyond to keep these illicit drugs from entering our country and affecting our communities,” said Port Director Gregory Alvarez, Laredo Port of Entry. 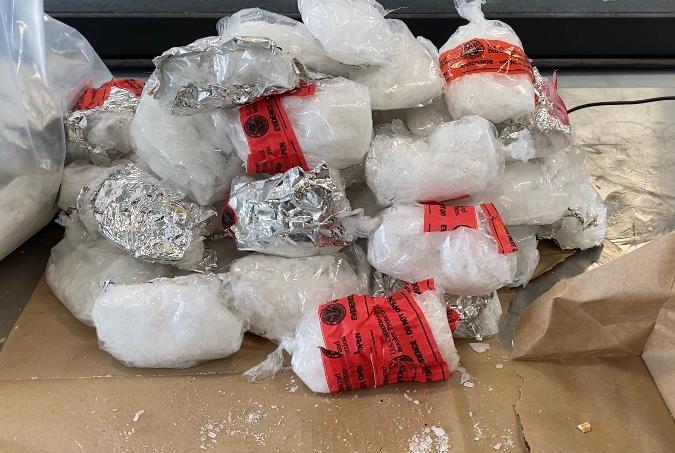 The seizure occurred on Thursday, March 5, at the Juarez-Lincoln International Bridge when a CBP officer referred a 2005 Chevrolet Van for a secondary examination. Following a canine and non-intrusive imaging system inspection, CBP officers discovered a total of 80 packages containing 14 pounds of alleged methamphetamine concealed within the vehicle.

The narcotics have an estimated street value of $277,780.

CBP officers seized the narcotics and vehicle. The case was then turned over to U.S. Immigration and Customs Enforcement-Homeland Security Investigations (ICE-HSI) special agents for further investigation.”

Below is a live video I shot where the government border wall ends in New Mexico near a cartel controlled Mexican city. I was in Texas & New Mexico for two months with Foreman Mike scouting the border. We need to get more of the wall built & fill in the gaps to stop the cartels from shipping poison into our country.

I’m on the border in an undisclosed location. We’re just scouting around seeing what we can see. My wifi connection went out a few times due to the terrain. After I shot this live video our drone caught some crossers who were running on the mountain towards the border, then got chased by Mexican military back onto the streets of the slum they came from. It was pretty dramatic. We'll have that footage up soon. I also found a wallet of an apparent border crosser. It was in the dirt on an embankment & looked like it had been there for awhile. Had Mexican ID and about 1500 pesos. I'll get some pics up of that. Typical day out here in the wasteland!