When Trump was campaigning to be president, he promised to make it OK to say Merry Christmas again. Many on the left are offended by the saying because it has the word “Christ” in it, which reminds us of why we have the holiday in the first place, the birth of baby Jesus, the savior of the world.

While we’ve made inroads against the perpetually offended PC persimmons, there will always be holdouts who want to ruin the season for everyone else. Take the case of a small city in Missouri that was contacted by a foundation led by several feminists & atheists who want all religious symbols removed from public grounds. The foundation told the city to take down a cross that had been put up as part of the annual Christmas celebration. When citizens heard what was happening, they took matters into their own hands.

“The city of Ozark said it is taking down a Christian cross decorating part of its Finley River Park holiday display, according to a Tuesday afternoon news release from city officials. 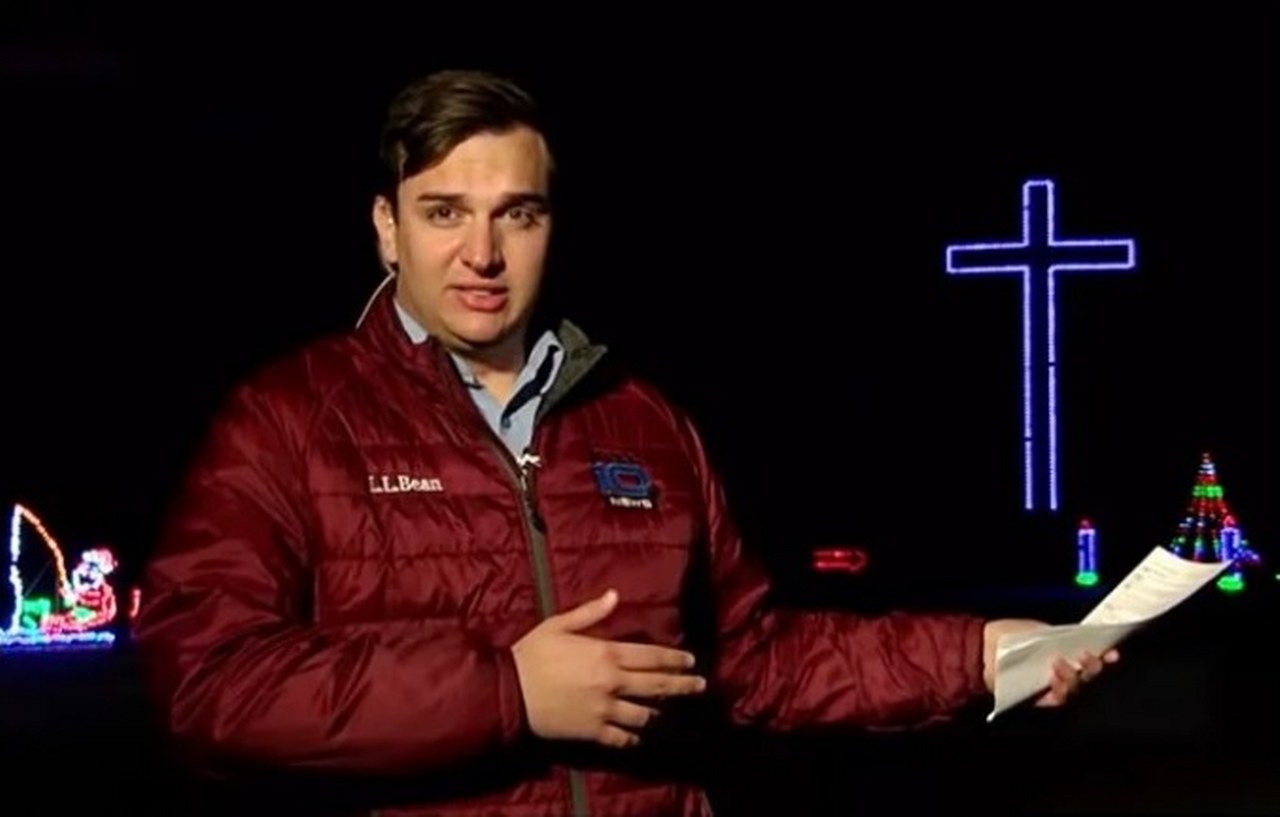 But not long after the 1:40 p.m. news release was sent to at least seven regional news outlets, Ozark Mayor Rick Gardner said it was too soon to make a decision.

A couple of hours before, the mayor sent out a Facebook post on his campaign page noting that “the controversy about the lighted Cross in the park is not over.”

The mayor wrote, “The cross is NOT down and will be lighted tonight. We have heard your thoughts and agree with them. We are now assessing all our options for addressing this situation. Stay tuned.”

Gardner said he had received possibly “hundreds” of phone calls, texts and other messages from the Ozark community.

“Everybody wants it up,” Gardner said. “One lady is crying. This is part of Ozark. This is Christian County, for Pete’s sake.”

Gardner also noted, “This is a complicated constitutional issue. It’s sure not going to be solved by the peoples’ court.” 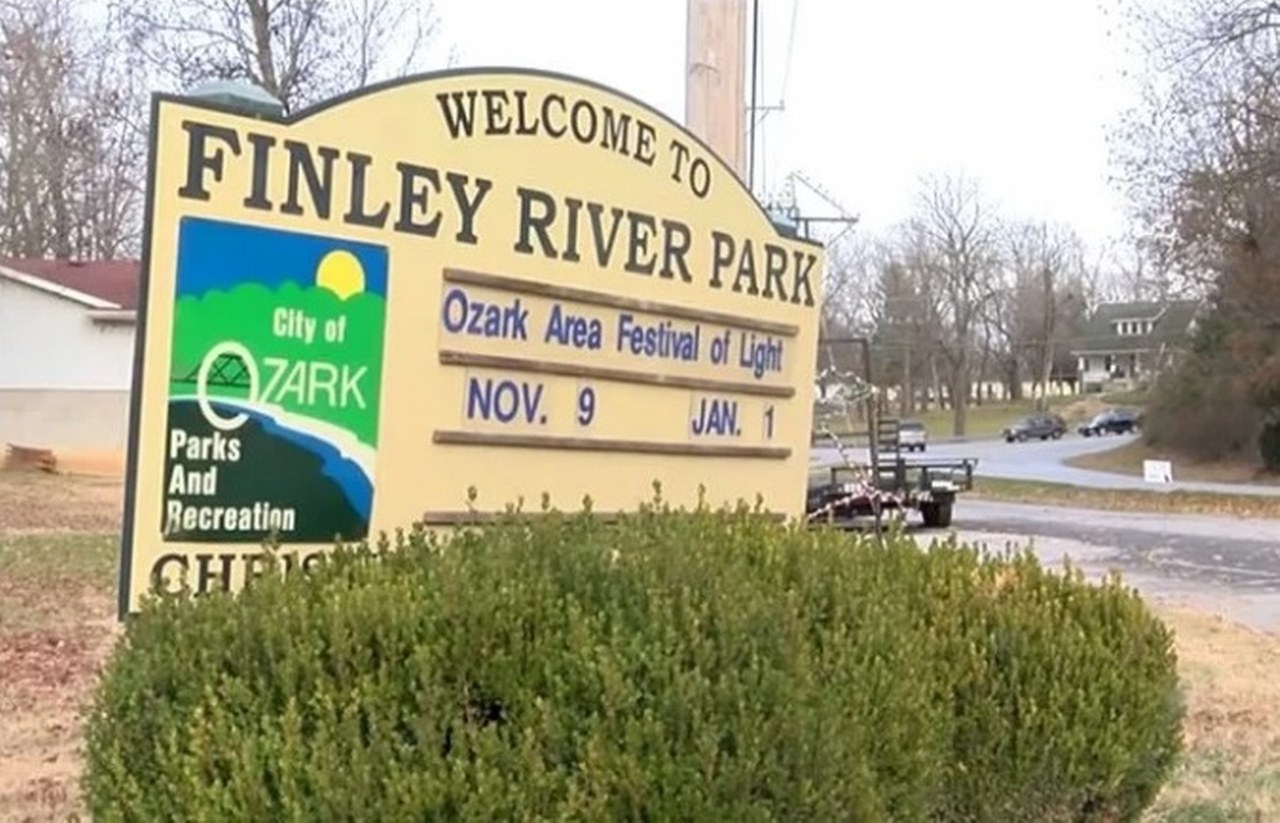 In their earlier news release announcing that the cross would come down, Ozark city officials said the choice — now walked back — was prompted by a letter of complaint sent by the Freedom From Religion Foundation, a national advocacy group devoted to the constitutional separation of church and state.

Initially, city officials wrote, “It is the position of the City of Ozark that leaving a religious symbol on public property, in this case a cross, will result in a lawsuit that we will not win as the other communities throughout the U.S. and our own region have tried this and lost.” 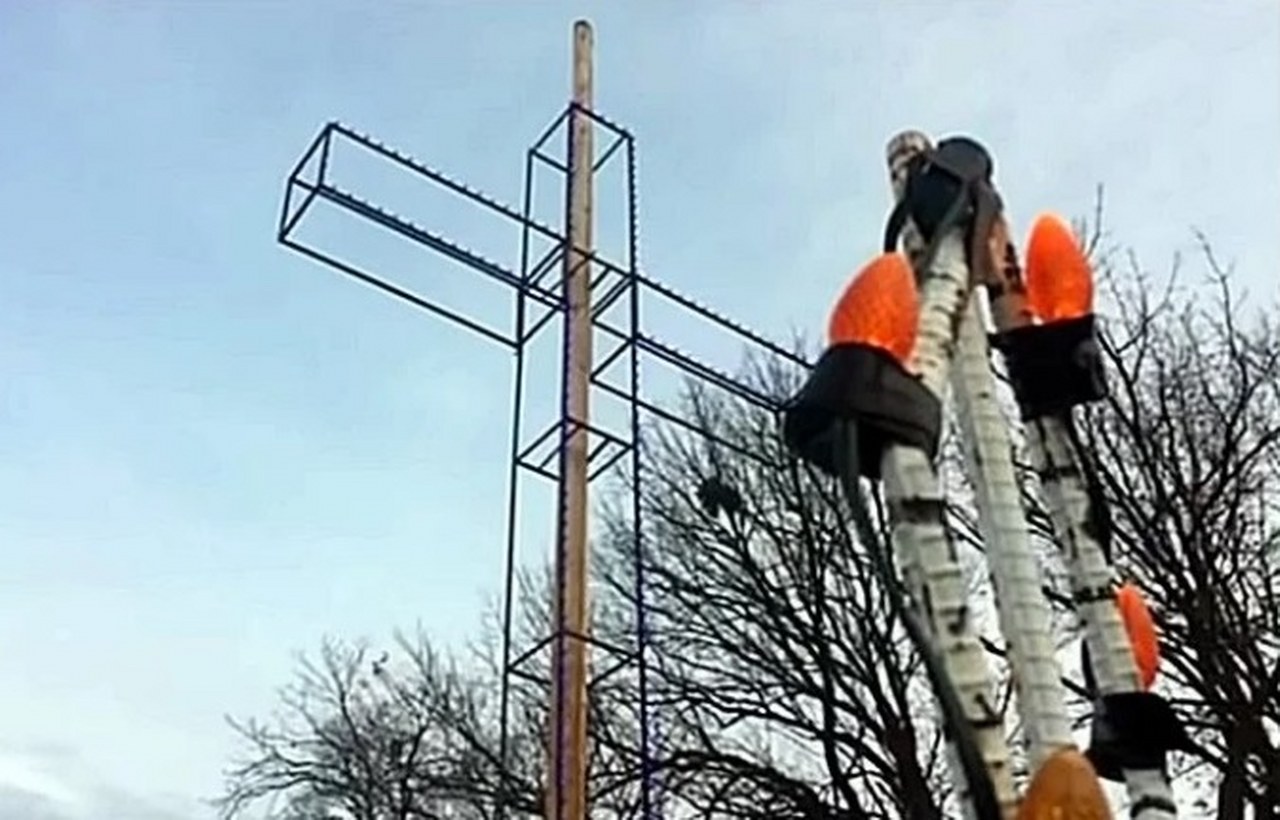 But the mayor of Ozark said it was too soon to state such a position before he and the elected board of aldermen could have their say.

Gardner acknowledged that church-and-state legal battles are often a losing proposition for municipalities.

“The city can’t afford to buy two new police cars the police department wants,” he said, “so how can we afford to fight an expensive lawsuit?”

He added, “it’s clearly — the cross is clearly a Christian symbol. I don’t know if you’re a Christ-follower or not, but this really hacks me off.”

This is not the first controversy of its type in the Ozarks.

In 1999, a federal judge ordered the city of Republic to remove a Christian ichthus, or fish symbol, from the city’s flag. A lawsuit brought by the American Civil Liberties Union never went to trial.

No lawsuit has been filed in the current matter of the Finley River Park cross.

The Freedom From Religion Foundation, based in Madison, Wisconsin, provided the News-Leader with a copy of its two-page letter, along with two photographs of the cross at Finley River Park.

“We were contacted by a concerned city resident,” states the foundation’s letter, signed by Freedom From Religion Foundation Legal Director Rebecca Markert.

Before Ozark’s mayor made his statement indicating that the cross would stay aloft and alight, Ozark officials caved, noting in their first news release, “We must acknowledge the Federal Constitution and its interpretation by the U.S. Supreme Court.”

When asked why the city sent out a public statement that was quickly disavowed by its mayor, Gardner said he did not know.

It read, “We released a press release earlier with the facts as they have been presented to us thus far. As the day unfolded and citizens commented on this topic, we have determined that in the best interest of all parties we shall continue working through the legalities of the situation. Therefore, the cross in the Finley River Park will remain in place until a further due diligence can be completed regarding this matter.” 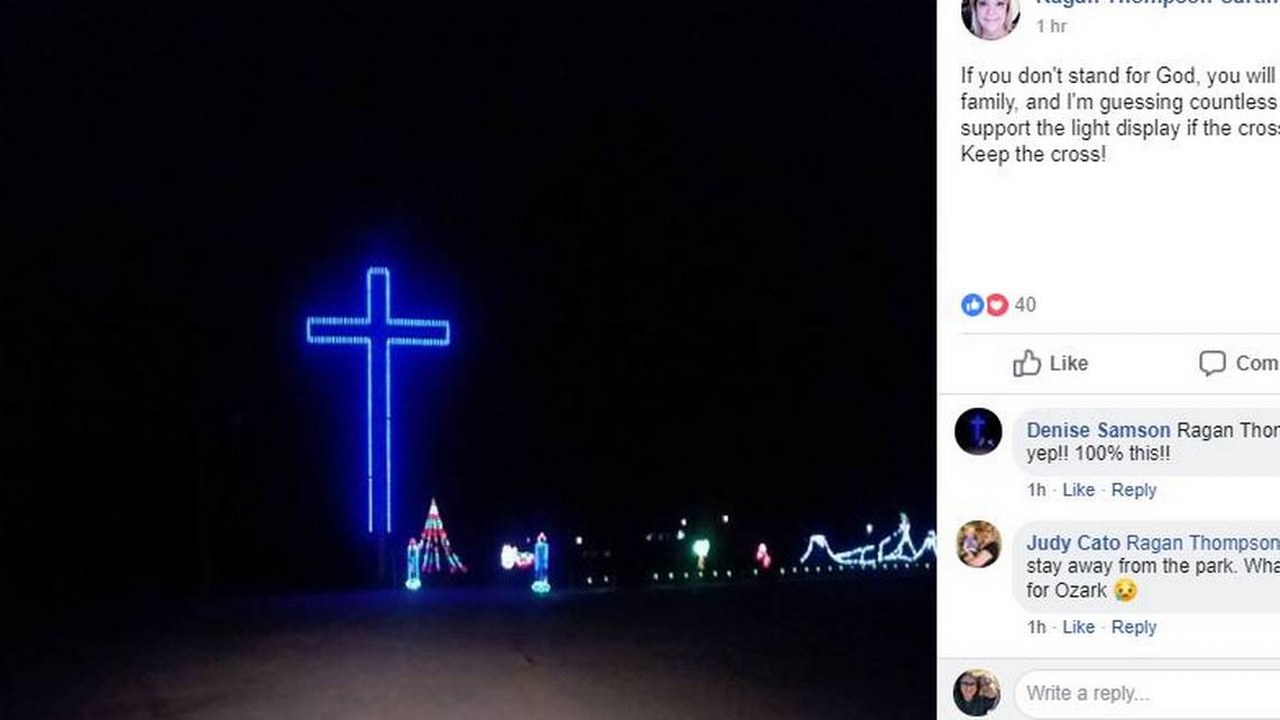 “The Foundation and its staff attorneys act on countless violations of separation of state and church on behalf of members and the public including: Prayers in public schools, payment of funds for religious purposes, government funding of pervasively sectarian institutions, and the ongoing campaign against civil rights for women, gays and lesbians led by churches.

The purposes of the Freedom From Religion Foundation, Inc., as stated in its bylaws, are to promote the constitutional separation of state and church, and to educate the public on matters relating to nontheism.”

Merriam-Webster has the definition of nontheist as:

“A person who does not believe that there is a god or gods: a person who is not a believer in theism.”

As the left moves even further to the extreme left, we’ll probably see more of this in the future. Thank God there are patriots like those in the city of Ozark who stood up to the bullies who seem to be very anti-Christian in their actions. And we’re thankful that we have a president who is doing all he can to keep “Christ” in Christmas, despite those who attack the very moral foundations of our nation.

On behalf of @FLOTUS Melania and the entire Trump family, I want to wish you all a very MERRY CHRISTMAS! May this Christmas Season bring peace to your hearts, warmth to your homes, cheer to your spirits and JOY TO THE WORLD! #NCTL2018???? pic.twitter.com/XNMJQ5JDSU

Together, with President Trump, we will defeat those who want to remove the very reason for Christmas, Jesus, from the public square. Thank you to all patriots who fight for good!

Share this if you think the cross should stay up!