Leave it to fake news CNN to try & get our troops serving overseas in trouble. And of course, it was done on a segment run by Trump-hater, Jim Acosta. Acosta was especially delighted when CNN’s military expert said that it was wrong for President Trump to sign MAGA hats brought to him by the troops, implying he could be in trouble for it.

Yesterday, while many on the left were screaming that “Trump will be the first president not to visit our troops at Christmastime since 2002,” he was actually on his way to Iraq with First Lady Melania Trump to surprise those serving there. The trip required extreme secrecy as the war-torn nation can be quite dangerous for Americans, not to mention for the President of the United States.

When President Trump & Melania arrived, they were greeted by servicemen & women who thundered the chant, “USA, USA, USA!” It was an awesome sight to behold. When photos of President Trump’s secret visit began coming out, some showed several servicemembers who had brought red MAGA hats for Trump to sign. CNN was quick to pounce on the troops and President Trump. 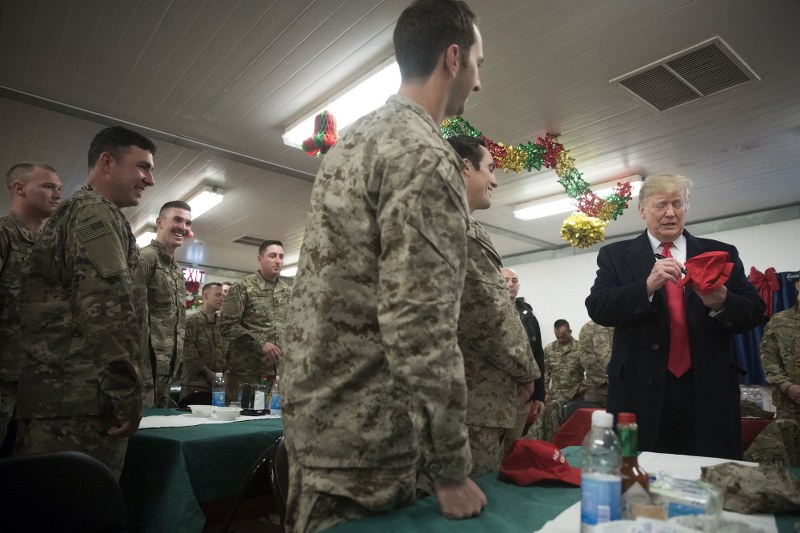 CNN’s segment with Acosta was posted to YouTube with the title, “Troops’ signed hats may violate military rule.”

“The network discussed whether the service members might have violated Department of Defense guidelines against partisan political activities, and later implied on its website that the troops had indeed violated the rules. But CNN left out a key part of the guidelines when they quoted them.

Acosta asked Kirby: “And John, what would the concern be if something like that is going on, do you think? Or is this just a soldier’s there, he’s got a hat in his locker, and he runs over and says, “Hey, when am I gonna have another chance for the president to sign one of these things?”

Kirby replied: “Yeah, look; it kind of blurs the line, because Trump is his slogan; where is that line? But Barb’s right; it is, in fact, a campaign slogan that is a campaign item, and it is completely inappropriate for the troops to do this.”

Acosta: “Not supposed to do it.”

Kirby answered: “Not supposed to do this and I’m sure that their bosses seeing that, they’re not going to be happy about it.”

Now this is the part where Acosta got happy. You can actually see a smile come across his face when Kirby says that Trump was in the wrong to sign the hats the servicemen had handed him.

Kirby told Acosta: “But look, the president has to take some ownership of this, too; every time he’s around military audiences, he tends to politicize it, and he brings in complaints and grievances from outside the realm of military policy. This was wrong for him to do it as well; I’m gonna be really interested to see, Jim, when we get video of his comments to the troops, his actual speech at al-Asad; I hope that he didn’t politicize that, those remarks but we’ll have to wait and see.”

Acosta smiles when he hears it. It’s at the 4:05 mark in the video. Watch:

Below is a screenshot of Acosta before he hears “Trump was wrong,” and after. You can see he starts smiling when he hears it. 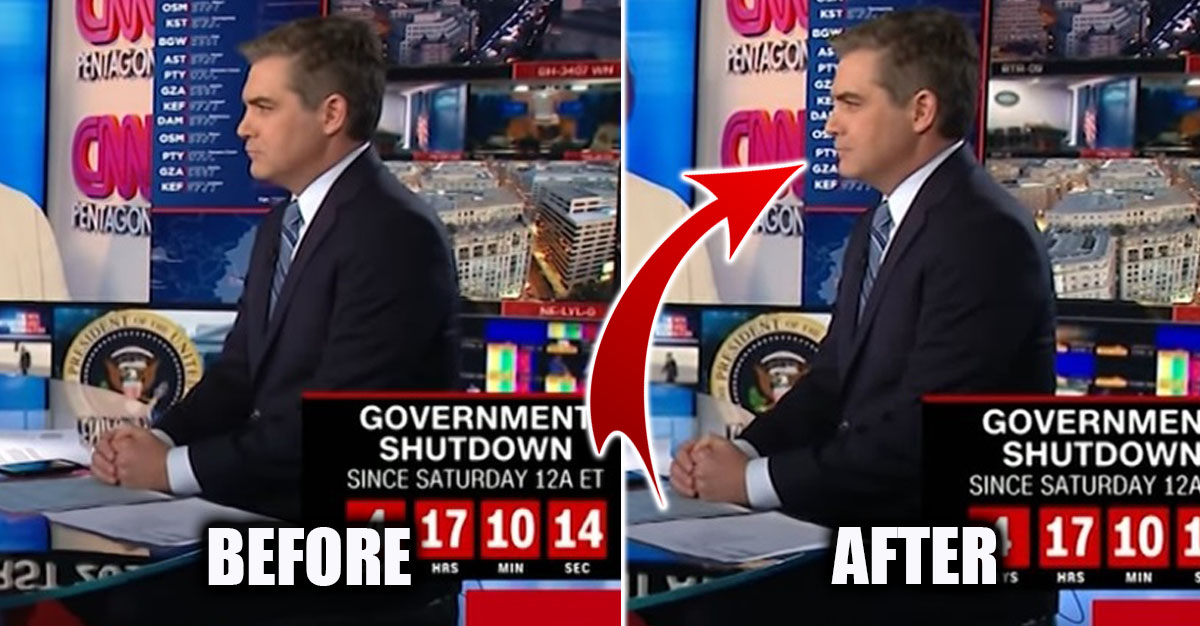 So not only does CNN do a segment trying to get our troops in trouble, but Acosta is happy when he hears Trump should be in trouble for signing the hats they brought to him. This is how disgusting fake news CNN is. Not only are they against Trump, but our servicemen & women who support him, also. The network is nothing more than the media arm of the Democratic Party.

.@CNNPolitics … why are you trying to throw war-time troops under the bus? https://t.co/74YcG8284r

CNN will attack anyone who supports President Trump, including the brave men and women of our military who fight everyday to protect our freedom https://t.co/x6VjuUJFdF

When you’ve run out of dumb anti-Trump stories to write this happens ???????? ”Troops bringing Trump hats to sign may violate military rule” https://t.co/zBKS4wjCPi

Under the heading of "haters are gonna hate" is this insanity from @CNN – a blatant and near criminal misrepresentation of "The Hatch Act" – troops having and bringing out MAGA hats is completely legal (and kinda cool that they had them in Iraq BTW)
https://t.co/mTnu7QPz9J

Share this if you support our troops & President Trump