If there’s one person doing this, there’s bound to be more! This woman should be prosecuted to the fullest extent!

Emily Resko, an intern for Parnell’s opponent Rep. Conor Lamb (D., Pa.), posted pictures of voter rolls on Snapchat with the caption “im about to see how alllllll you fuckers vote,” according to images obtained by the Washington Free Beacon.

After tens of thousands of voters received the wrong ballots, Parnell asked courts to mandate poll watchers at satellite voting locations in the district. Resko said the Lamb campaign picked her to assist Elias, a leading Democratic campaign lawyer, in opposing Parnell’s request.

In reaction to the news, Resko wrote on Snapchat: “[S]o how about because of my internship, me and this other boy were picked tonight to LITERALLY BE ASSISTANTS UNDER THE LAWYER ON THIS POTENTIAL CASE. I’M SO FUCKING EXCITED fuck parnell and his voter supression.” That message contained screenshots of tweets from Lamb and Elias. “[I] literally get to gather data for this case this is amazing im excited ok bye sorry.” 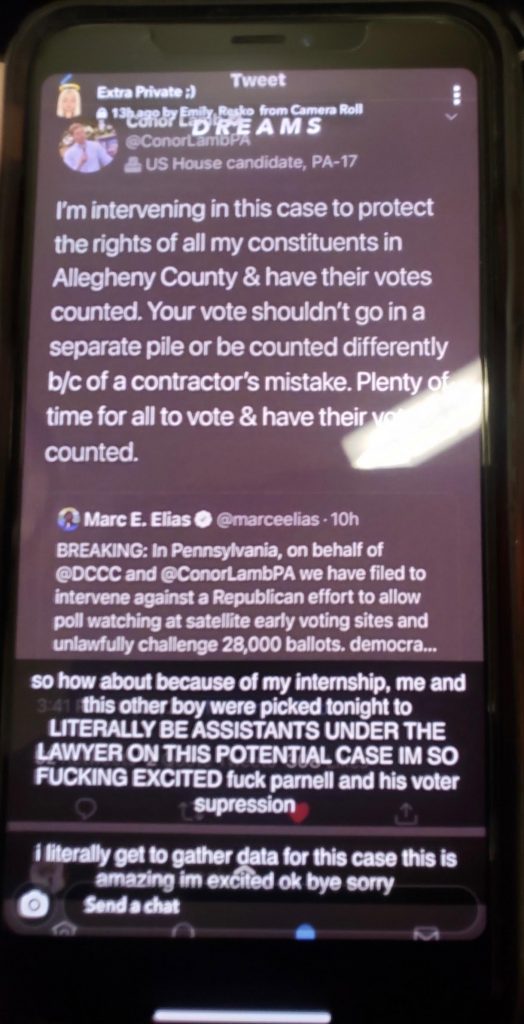 Resko also said she had access to voter files, which “give me full access to the voting history of ALL residents in the 17th congressional district.” Later, she sent a message containing a partial spreadsheet in which she wrote that she was “about to see how alllllll you fuckers vote.” 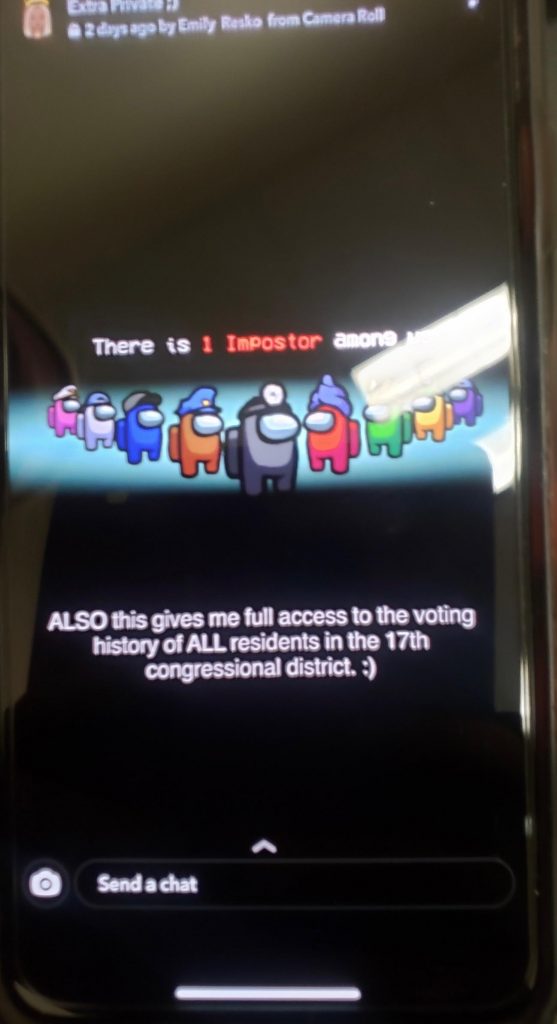 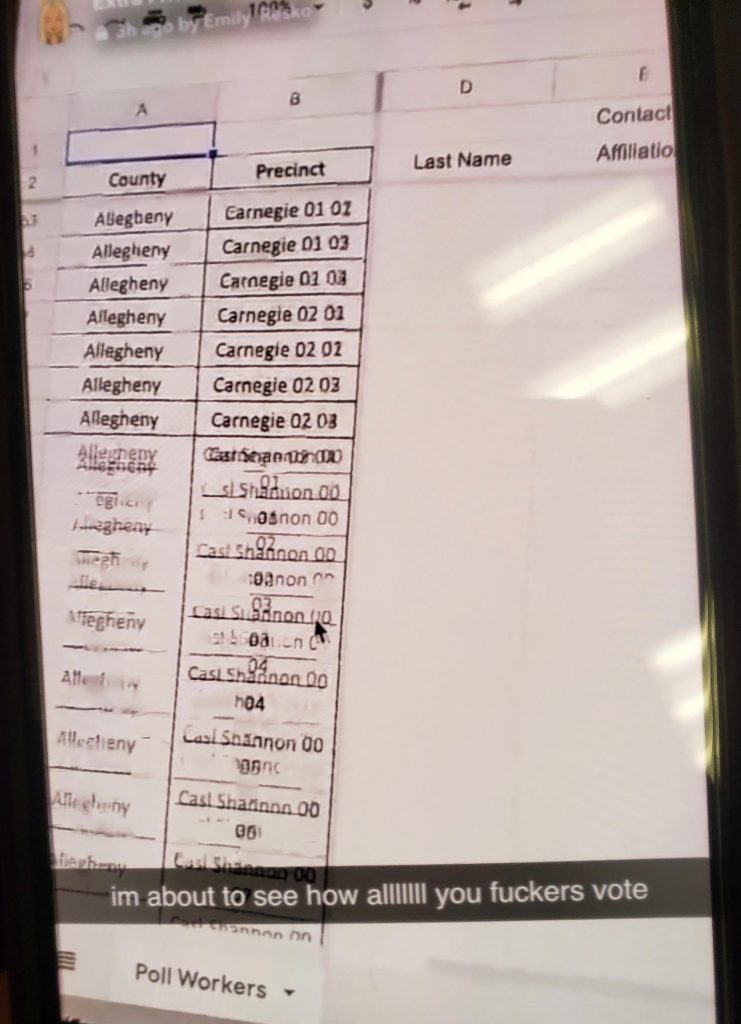 “I recently received from a constituent in PA-17 credible evidence of voter intimidation,” Parnell wrote on Twitter Wednesday. “I consulted with law enforcement and determined that the best course of action was to turn the evidence over to the United States Attorney’s Office for the Western District of Pennsylvania.”

We’ve received serious allegations with credible evidence of voter intimidation by the @ConorLambPA campaign here in #PA17.
We have taken immediate action & referred this to the US Attorney for the Western District of Pennsylvania & the Department of Justice.

The U.S. attorney’s office did not respond to inquiries by press time.

Elias, a partner at Perkins Coie law firm’s Washington, D.C., office, is considered Democrats’ go-to lawyer. He is actively involved in a number of election-related lawsuits across the country.

Lamb is locked in a tight race with Parnell in Pennsylvania’s 17th Congressional district, which includes Pittsburgh suburbs. The race is considered one of the most competitive in the country.

Elias, Resko, and the Lamb campaign did not respond to requests for comment.”

Excerpted from the Washington Free Beacon.