“Republican Rep. Martha McSally, just weeks after losing one of the midterms’ tightest and most contentious Senate races, was appointed by Arizona Gov. Doug Ducey on Tuesday to fill the state’s other U.S. Senate seat.

McSally will serve for at least the next two years in the seat that was held by longtime Arizona Sen. John McCain until his death in August.

“With her experience and long record of service, Martha is uniquely qualified to step up and fight for Arizona’s interests in the U.S. Senate,” Ducey said in a statement.

Ducey had appointed former Sen. Jon Kyl to the seat in September, but Kyl, after serving for several months, announced plans to resign at the end of the year. According to Ducey’s office, Kyl’s resignation will be effective Dec. 31.

McSally was defeated by Democratic Rep. Kyrsten Sinema in this year’s midterm election for the seat held by retiring GOP Sen. Jeff Flake. Her appointment means she will now serve alongside her opponent, something Ducey noted in his statement.

“I thank her for taking on this significant responsibility and look forward to working with her and Senator-Elect Sinema to get positive things done,” Ducey said.

McSally will serve until the 2020 election, when voters will elect someone to serve the final two years of McCain’s term.

McSally is a two-term congresswoman who was long considered for the Senate by the state’s GOP establishment. The first female combat pilot, McSally rose to the rank of colonel in the Air Force before entering politics.”

AZ Central added: “Ducey cited McSally’s military background and six deployments to the Middle East and Afghanistan. He also noted her battle with the Pentagon years ago to overturn a policy that required U.S. servicewomen in Saudi Arabia to wear Muslim abayas and headscarves.”

“All her life, Martha has put service first — leading in the toughest of fights and at the toughest of times,” said Governor Ducey. “She served 26 years in the military; deployed six times to the Middle East and Afghanistan; was the first woman to fly in combat and command a fighter squadron in combat; and she’s represented Southern Arizona in Congress for the past four years. With her experience and long record of service, Martha is uniquely qualified to step up and fight for Arizona’s interests in the U.S. Senate. I thank her for taking on this significant responsibility and look forward to working with her and Senator-Elect Sinema to get positive things done.” 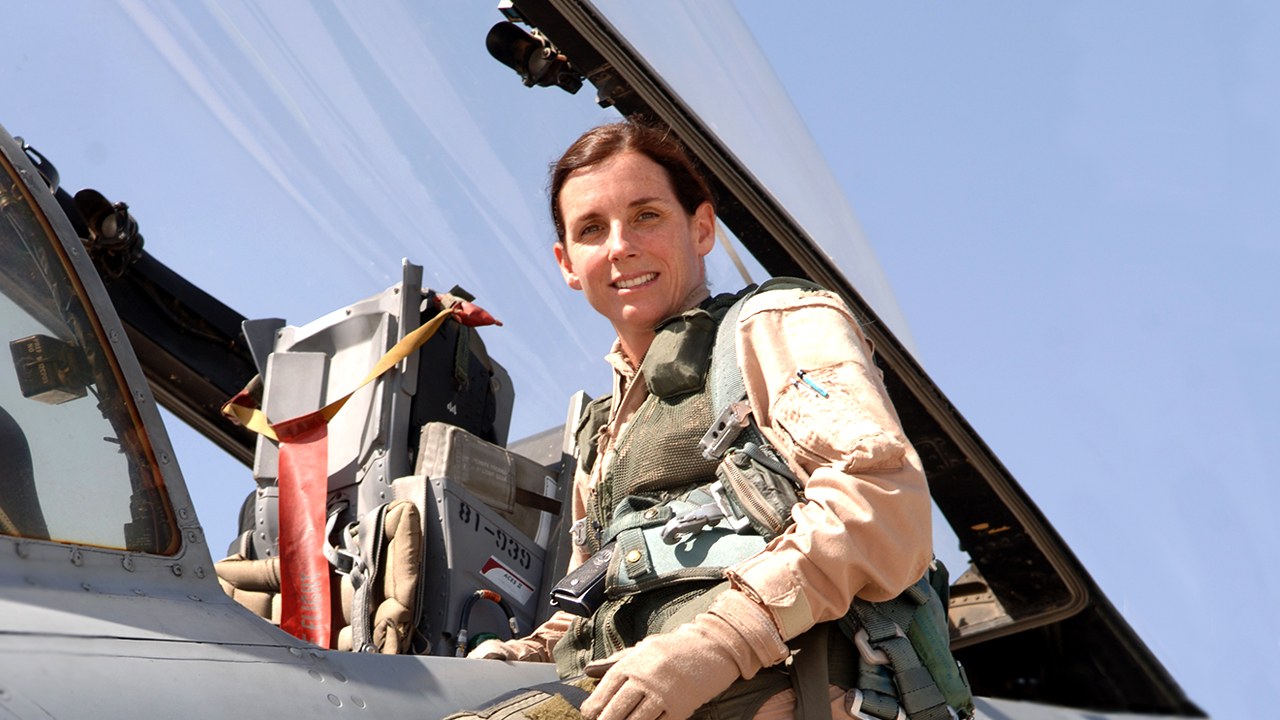 To those critical of the appointment, given McSally’s loss, Ducey noted that she earned the support of 1 million voters.

McSally said she understands the challenges Arizonans face, having traveled every corner of the state during her unsuccessful 2018 Senate run.”

Cindy McCain Tweeted that “Arizonans will be pulling for her.”

My husband’s greatest legacy was placing service to AZ & USA ahead of his own self-interest. I respect @dougducey's decision to appoint @RepMcSally to fill the remainder of his term. Arizonans will be pulling for her, hoping that she will follow his example of selfless leadership

Ronna McDaniel, Chairwoman of the Republican Party posted: “Martha McSally has spent years serving her country, both as a pilot in the Air Force and in Congress. She’s a true fighter, and she’ll be an excellent senator for the people of Arizona!”

Martha McSally has spent years serving her country, both as a pilot in the Air Force and in Congress.

She’s a true fighter, and she’ll be an excellent senator for the people of Arizona!

“Rep. McSally is a distinguished graduate of the U.S. Air Force Academy and after training to fly the A-10 Warthog, flew her first combat mission to Iraq while deployed from Davis-Monthan Air Force Base in 1995. During that assignment, she flew nearly 100 combat hours in support of Operation Southern Watch in the Middle East. 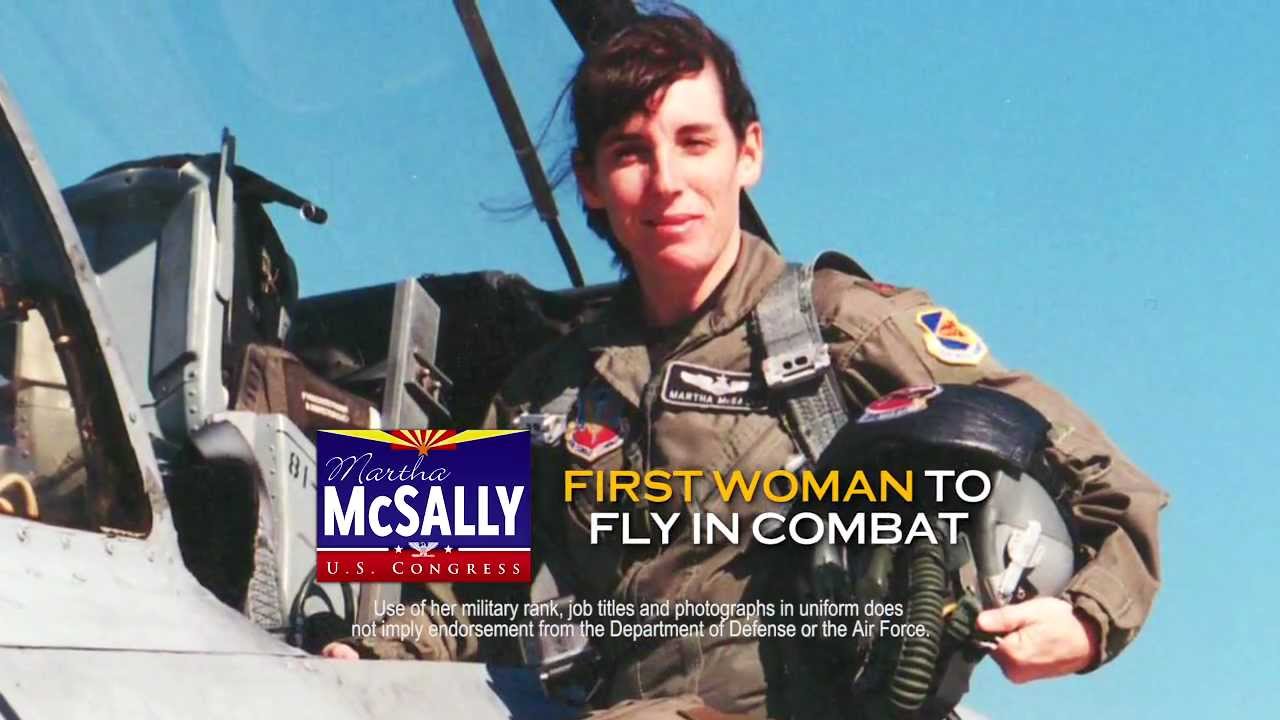 Rep. McSally was next selected to become an A-10 Instructor Pilot in the 358th Fighter Squadron, becoming the first woman in U.S. history to serve in that role.

In 1999, Rep. McSally was chosen to participate in the Air Force’s Legislative Fellowship Program, serving on the staff of Senator Jon Kyl as national security advisor on issues including terrorism, cyber security, and missile defense.

After serving as a Legislative Fellow, Rep. McSally was assigned to Saudi Arabia to oversee combat search and rescue operations over southern Iraq and Afghanistan. While there, Rep. McSally was on the leadership team that planned and executed the initial air campaign in Afghanistan after the 9/11 attacks.

In 2001, Rep. McSally became a Flight Commander and then the Director of Operations in the 612 Combat Operations Squadron at 12th Air Force Headquarters at Davis-Monthan Air Force Base. She deployed twice back to the Middle East, holding leadership positions at the Combined Air Operations Center for Operations Southern Watch, Enduring Freedom, and then Iraqi Freedom.”

Thank you for your service, McSally!