Alek Skarlatos is gaining on his Democratic opponent in Oregon. You may remember Skarlatos from when he & two other heroes stopped a terror attack on a Paris-bound train in 2015. Now, thanks to the rioters in Portland, the congressional seat Skarlatos is vying for is becoming more competitive as people tire of the lawlessness.

I covered the Portland riots for two weeks in August. It’s easy to understand why people would be looking to switch from Dem to Republican and vote for this hero veteran. I had the honor of attending the parade held to honor Skarlatos & the two other heroes at California’s state capitol. Great men, all.

“In the regularly blue state of Oregon, voters in a purple district near the city of Portland are turning away from long-term Democratic incumbent Rep. Peter DeFazio in favor of a young Republican challenger.

Army veteran Alek Skarlatos, 27, gained international fame for halting an extremist attack aboard a Paris-bound train in 2015. He’s also one of House Republicans’ best recruits this year, outraising DeFazio by $1.2 million and outspending him by over $900,000 in the most recent quarter.

“I can’t outspend him. We can’t even match him. He raised more money in a quarter than I’ve ever raised in a year in my life,” DeFazio admitted to supporters on a virtual phone call this week. “But we can outwork him.”

(Video I shot of the parade honoring Alek Skarlatos, Spencer Stone, and Anthony Sadler at the CA capitol).

DeFazio, a populist progressive, is a key player for his party and would be an important figure on infrastructure should Democratic presidential nominee Joe Biden win the White House. He’s also been instrumental in Congress’s coronavirus stimulus package discussions as a strong proponent for airline relief.

While Politico reported Friday that the 73-year-old Democrat is expected to hold onto his seat and DeFazio retains the advantage with an enormous $2.12 million in cash on hand, leadership has allegedly grown nervous over the slim margin.

DeFazio has a history of winning, but Skarlatos marks the first serious opponent the House Transportation chair has faced in years. 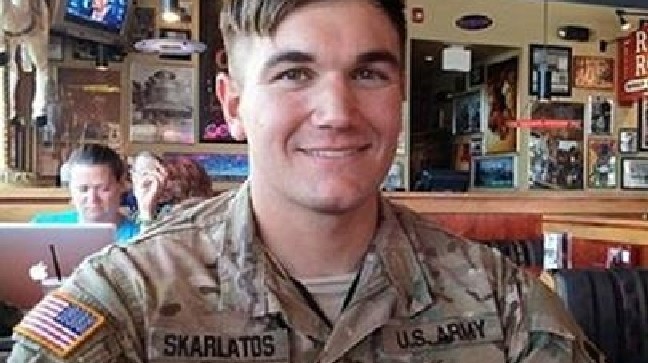 DeFazio’s backers say he has taken the challenge seriously and that the Democratic Congressional Campaign Committee has taken note of the race. But Politico noted they also acknowledge there are additional unforeseen variables this election cycle.

Devastating wildfires, the absence of college students due to the COVID-19 pandemic, and chaotic protests turned violent in nearby Portland will all play a part in shaping the race.

In addition, Oregon’s fourth district came just a fraction of a percentage point away from supporting President Trump four years ago.

Forecasters have recently shifted the race from likely to lean Democrat, setting Skarlatos within striking distance.

As a celebrity GOP candidate who competed on “Dancing with the Stars,” Skarlatos has tried to put DeFazio on the defense. Despite the Democrat’s independent image — breaking with Democrats on several issues — Skarlatos has hit the lawmaker’s support for the Green New Deal.

The ex-National Guardsman has also accused DeFazio of wanting to defund the police.

“I do think people in Oregon are seeing it up and close and personal, unlike a lot of people in the country,” Mike Leavitt, the lead consultant for the Skarlatos campaign, told reporters in an interview about the national conversation on police reform. “I do think that is an issue that resonates with them.”

Leavitt later said that he believed support for his candidate came from interest in a “new face” and “new ideas.”

In response, Democrats have accused Skarlatos of loyally backing President Trump without question and hoping to dismantle healthcare protections.

The congressional race is on track to be the most expensive in Oregonian history, with Republicans spending $1.5 million on ads and Democrats shelling out $2.65 million.

DeFazio is not the only Democratic incumbent to face tough reelection prospects this year.