President Trump made an amazing gesture of respect today when he made an unplanned trip to honor our fallen with a convoy of trucks delivering wreaths to military cemeteries.

“President Trump paid a Saturday visit to Arlington National Cemetery, where thousands of volunteers had just taken part in the rain in the annual holiday wreath-laying tribute to those who served—and died– in America’s wars.

Trump made the unscheduled stop to the famous military ceremony about 2:15 p.m. ET, hours after the event began.

“They do a great job, a really great job. Thank you,” Trump said during the visit.

Every December, Wreaths Across America places wreaths on the graves at Arlington and other veterans cemeteries.

“Spending a rainy Saturday morning helping with Wreaths Across America at Arlington!!” Jessica Moyer told her followers on Facebook. “Such a humbling experience.”

This year, the organization shipped a staggering 1.75 million wreaths to 1,640 locations that will hold ceremonies across the U.S., according to the Pentagon.

A few dozen locations overseas are participating. Wreaths Across America says 2018 is the first year permission was granted to place wreaths at Normandy to honor those who died during World War II’s D-Day invasion.

The Wreaths Across America caravan departed Columbia Falls, Maine, where the wreaths were made on Dec. 8 for the journey to Arlington.

“We know that for a Gold Star Family member, every day is Memorial Day for them and we understand that at the holidays, it’s an especially difficult time with an empty seat at the table all year round,” Bre Kingsbury of Wreaths Across America said, according to Fox 5 DC.

Today was a great day to do community service. This was my first time doing Wreaths Across America and I loved it! So…

“The holidays, it can be especially tough. So that wreath really is a symbol that shows them that they are not forgotten and that their loved one is not forgotten,” she said.

This is the event’s 27th year at Arlington, honoring the men and women who’ve served in the U.S. armed forces.

“Trucking companies donate tractors, trailers, personnel, logistics expertise, fuel and many hours to help accomplish the mission which WAA says is to remember and honor the fallen, while also teaching future generations the importance of doing the same. 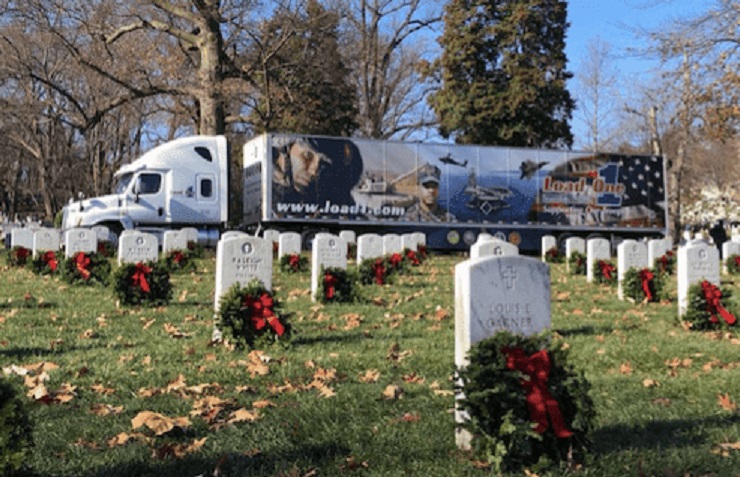 “Wreaths Across America is indebted to the transportation industry who not only helps move the mission, but does so with the utmost respect and appreciation for our veterans,” Karen Worcester, Executive Director of WAA, told us.”

It’s awesome that President Trump took the time to honor those who fought & died for our freedoms. Since his inauguration, Trump’s administration has removed over 3600 government employees who were not giving our veterans the care they deserve. Just the other day, actor Gary Sinise flew 1,000 children of fallen soldiers to Disney World for Christmas.

We Remember.
Each flag representing the fallen hero of over 600 families attending  @GarySiniseFound 2018 Snowball Express event at @WaltDisneyWorld
Thank you to these Gold Star families, our amazing volunteers and all who supported our event. pic.twitter.com/lr0TfBEXx6

President Trump truly loves our men & women in uniform and he is doing all he can to help our veterans. We’re fortunate to have him leading our nation. 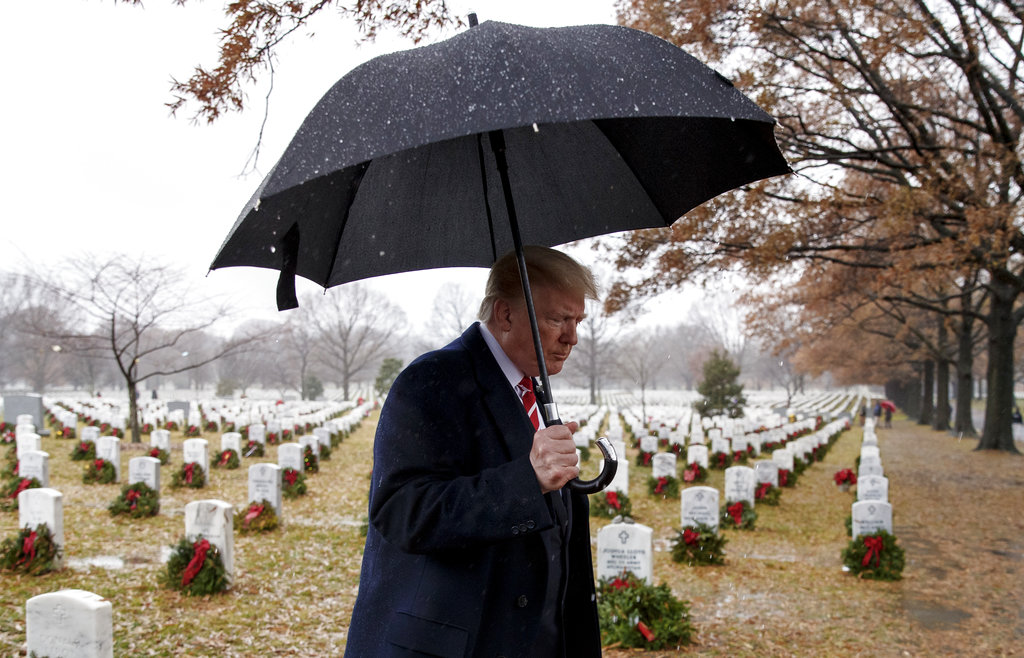 Share this if you’re proud of President Trump for honoring our fallen!