The rallies to Free Marine Sgt. Tahmooressi from the Mexican prison continue.
Today, rides & rallies were held in Miami at Senator Marco Rubio’s office, and in front of the Mexican consulate there. There was also a rally at the Mexican embassy in Washington DC.

The ride & rally in Miami continues on July 4th.

Also on July 4th is a prayer walk on the US/Mexican border in San Diego. It’s being headed up by Reverend Danny Garcia who has walked for children and world peace on five continents for more than 18 years. Danny will cross the border, and continue to the prison where Andrew is being held. All are welcome to join him on the US side.
There is a national rally at all fireworks shows on July 4th, also. See the event page for details on signs & fliers.

Several former Marines & I have been organizing rallies for almost 2 months straight now. It was an honor to team up with 2 Million Bikers to DC for the Miami ride & rally. Rick Sarmiento, the Florida director for the group, organized the ride, and Sgt. Tahmooressi’s mother, Jill, was in attendance and spoke to the crowd.

It’s been an honor working with the Tahmooressi family & all their supporters. Let’s pray Andrew is released soon, and for strength for his mother, Jill, & his family. Andrew’s next court date is on July 9th. A second National Day of Prayer is planned for Sunday, July 6th. 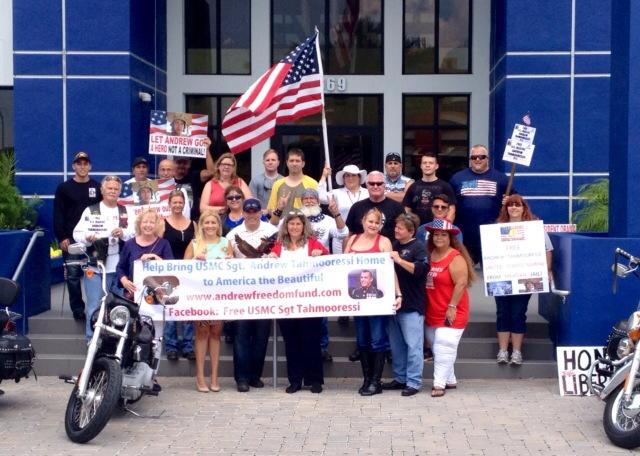 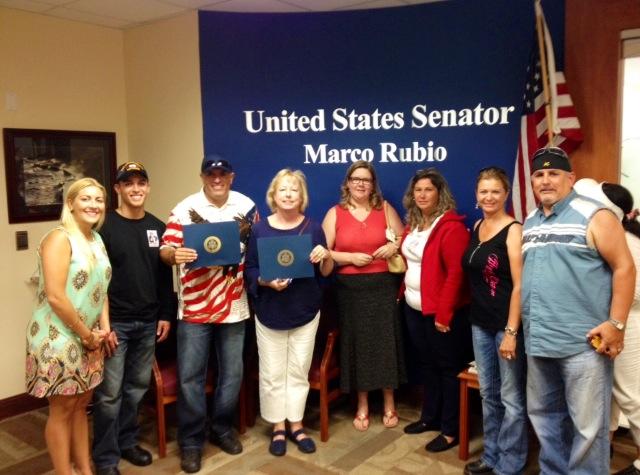 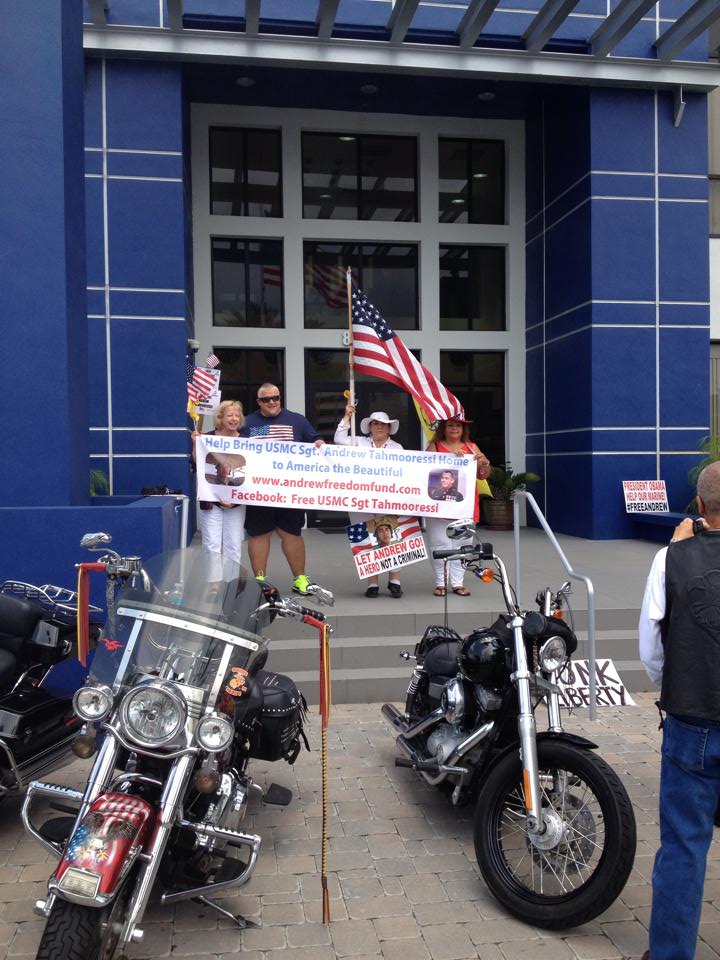 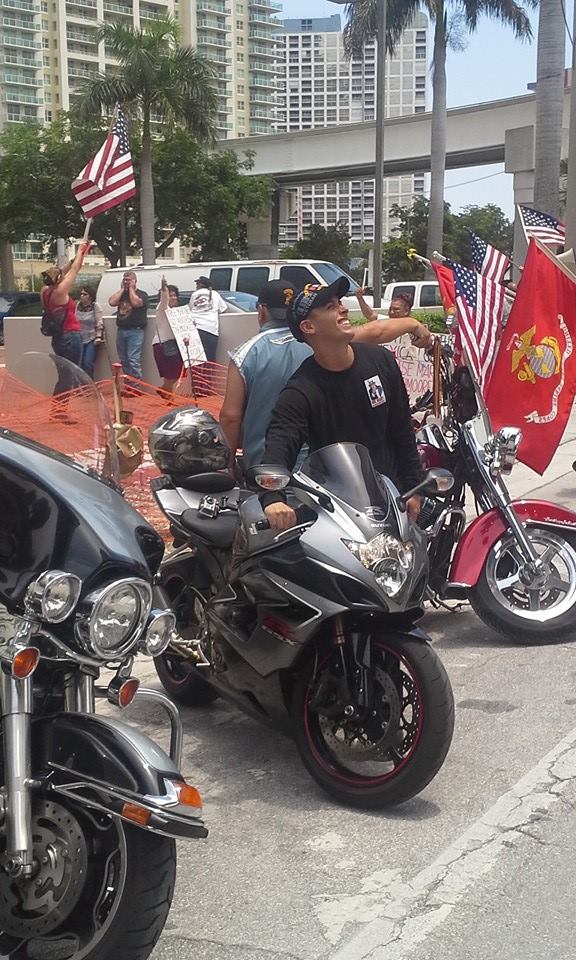 Former Marine Ron Givens and I have been organizing rallies at Mexican consulates to demand the Mexican government free U.S. Marine Andrew Tahmooressi from prison. When Marine wife Teri Peters told us that Obama would

Pics from the May 5th rallies! We organized rallies for May 5th at Mexican consulates to demand Marine SGT Tahmooressi’s release from a Mexican prison. Post by Free United States Marine, Andrew Tahmooressi. UPDATE: So

Here are the Free Sgt. Tahmooressi events we have planned through July 4th. More may be added. Special thanks to Rick Sarmiento, the Florida State Coordinator for 2 Million Bikers to DC, for reaching out