First Lady Melania Trump stunned as usual. Despite being snubbed by magazine companies who refuse to put her on their covers, we got to see Melania in all her glory at the White House Christmas party. The press wasn’t allowed to attend the event, and who can blame the Trumps for not inviting them what with how badly they treat them.

“Melania Trump stole the show Friday when she showed up at the White House Christmas party in a beautiful white dress.

The first lady looked just as striking as ever in the sleeveless number that went down to her knees. She accompanied President Donald Trump while the two walked down stairs holding hands to greet their excited guests.

The event was closed to the press. But lucky for us, a video and a handful of pictures have surfaced on social media from the evening.

She paired the look with loose hair and high heels. 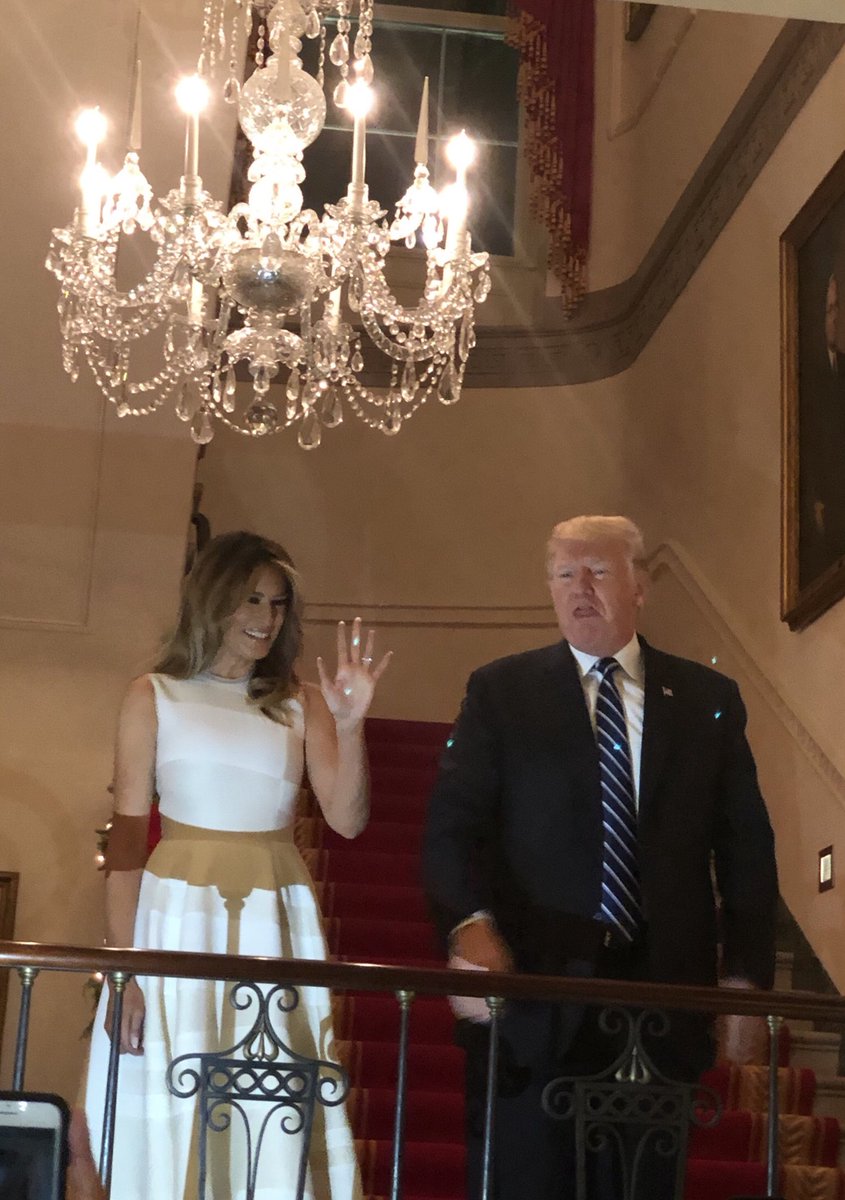 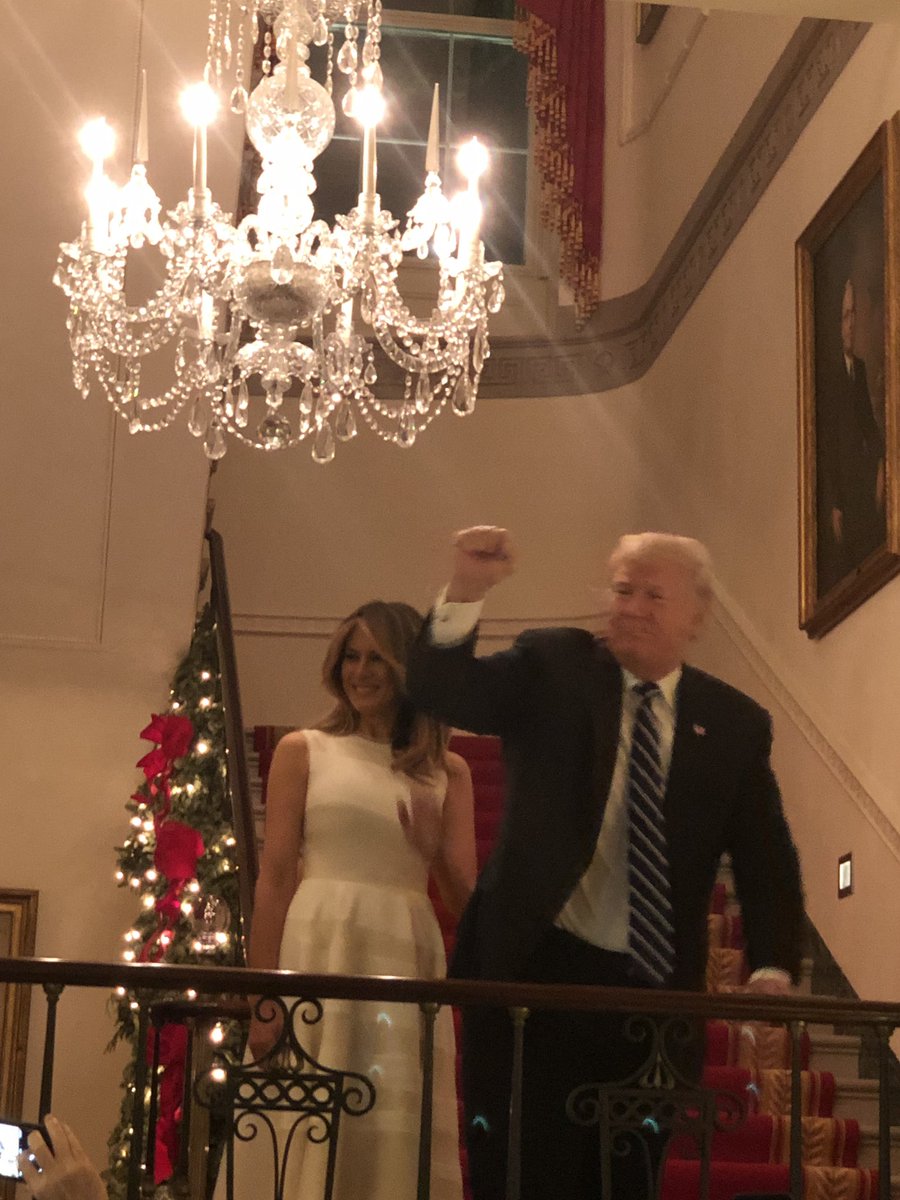 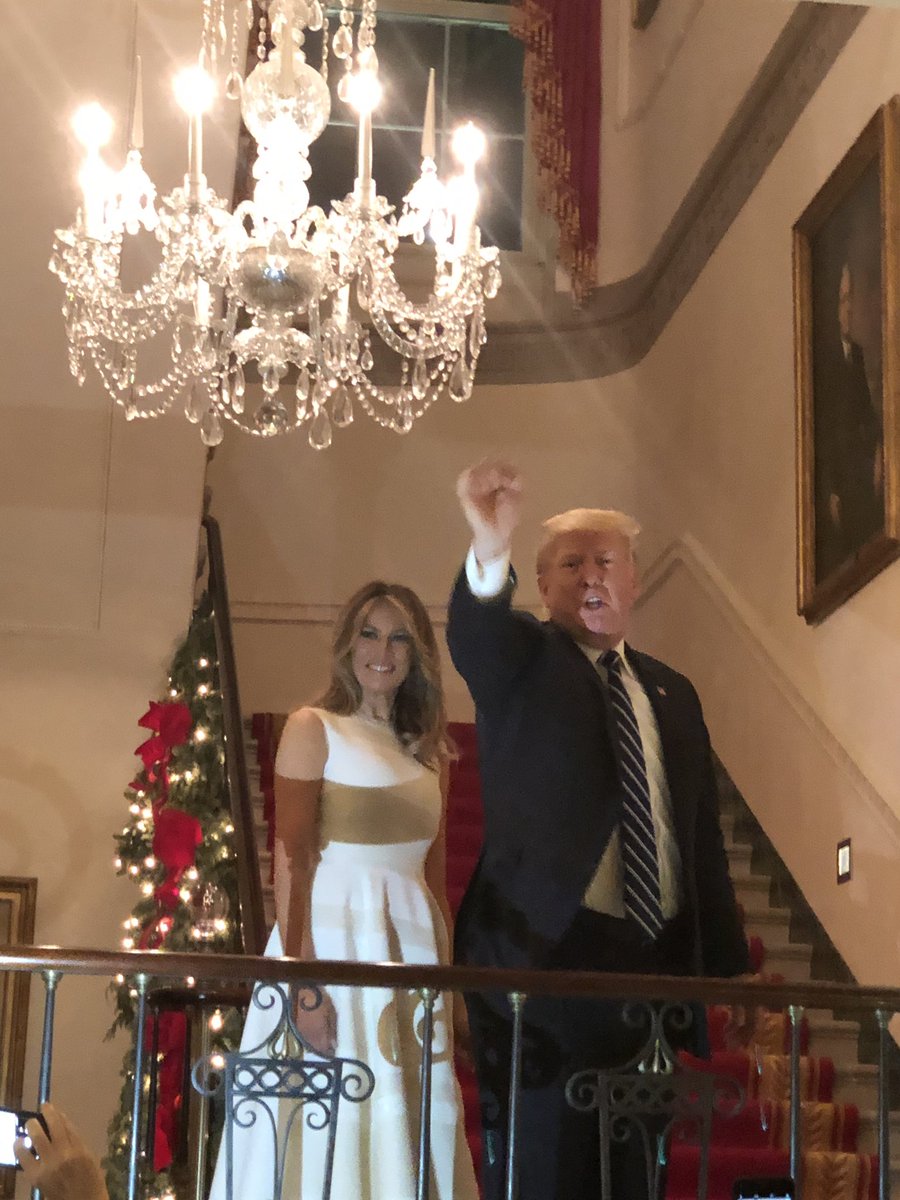 It was just one of many of Trump’s festive looks she’s showed off in recent days.

On Thursday, FLOTUS looked perfect rocking a red-and-white coat that she paired with a white dress as she carried on the tradition of other first ladies by visiting the kids at the Children’s National Hospital in Washington, D.C.

“#MerryChristmas to all the patients at @Childrenshealth! Thank you to all the nurses, doctors & medical staffers who work around the clock to take care of people this holiday season,” the first lady captioned her post on Instagram, along with a handful of shots from the visit.

#MerryChristmas to all the patients at @Childrenshealth! Thank you to all the nurses, doctors & medical staffers who work around the clock to take care of people this holiday season.

In the past week, Melania has helped the U.S. Marines with the Toys for Tots program, spent time with our servicemen & women on the USS George H.W. Bush, and made history by being the first first lady to fly on a V-22 Osprey. Melania kept us up to date with the following posts on social media:

“An incredible flight today on a V-22 to visit the service members aboard the USS George HW Bush. Thank you to ALL who serve!”

An incredible flight today on a V-22 to visit the service members aboard the USS George HW Bush. Thank you to ALL who serve! ???????? pic.twitter.com/ylRIl37qwa

“An incredible day spending time with our men and women in uniform on USS George H.W. Bush. Thank you for your sacrifice & service! #USA”

An incredible day spending time with our men and women in uniform on USS George H.W. Bush. Thank you for your sacrifice & service! #USA pic.twitter.com/WWncNQfiMj

“Thank you to the @USMC for another successful @ToysForTots_USA drive! What a wonderful way to give back in your community this Christmas season.”

While media & the left treats her unfairly, and even though some charities refuse to let her work with them because she’s married to the Donald, Melania doesn’t let that get her down. The other day she did an interview with Sean Hannity and called out all of her detractors. It was good to see her fighting back against those who attack & use her.

Melania performs the duties of the First Lady with grace and class, and still manages to raise up her son, Barron Trump, to do what is good & right.

Melania gets a bad rap from those who despise her, but we love her & think she’s doing an amazing job.

Share this if you think she’s doing an amazing job!