I’ve worked with Steve Bannon over the years and he even sent me around the world to film a counter-terror/border wall documentary. He’s right on this one. Trump got trolled at this meeting and his staffers should have stopped it from happening.

Trump, who earlier this month announced his 2024 presidential bid, continues facing rebuke for the dinner with Fuentes, a Holocaust denier, and West, who has recently made several antisemitic remarks online where he said he would go “death con 3” on the Jewish population. However, the former president has defended the meeting, saying he did not know who Fuentes was.

Bannon, a former Trump strategist, questioned during an episode of his War Room podcast on Saturday why Trump’s staff allowed the controversial meeting to take place, describing it as a setup to tarnish Trump’s image.

“Did the staff think that this was a good idea?” he asked, describing the dinner, in which West, who legally changed his name to Ye last year, offered Trump a spot as his running mate on his own presidential run as a “trolling operation.”

He said the meeting was intended to “insult Trump,” “put Trump in his place,” and make it seem as though the former president “lacks judgment.” Bannon also pointed to the onslaught of criticism Trump has faced from former supporters such as John Bolton, who served as Trump’s national security adviser.

Most of the criticism surrounding the dinner is directed at the presence of Fuentes, who gained notoriety after attending the deadly white nationalist rally in Charlottesville, Virginia, in 2017. He is known for making antisemitic comments, including comparing the mass genocide carried out during the Holocaust to baking cookies in an oven.

Meanwhile in a Truth Social post on Friday, Trump defended the dinner and said: “So I help a seriously troubled man, who just happens to be black, Ye (Kanye West), who has been decimated in his business and virtually everything else, and who has always been good to me, by allowing his request for a meeting at Mar-a-Lago, alone, so that I can give him very much needed ‘advice.'”

The former president continued: “We also discussed, to a lesser extent, politics, where I told him he should definitely not run for President. Anyway, we got along great, he expressed no anti-Semitism [and] I appreciated all of the nice things he said about me on ‘Tucker Carlson.'”

According to Trump, West showed up with three people, two of which he did not know and another person who he had not “seen in years.”

The left is going to go all out even more than they did when Trump was president to try and stop him from winning. The people around him should know this.

Keep up with my border reporting on my free Youtube and Rumble accounts. 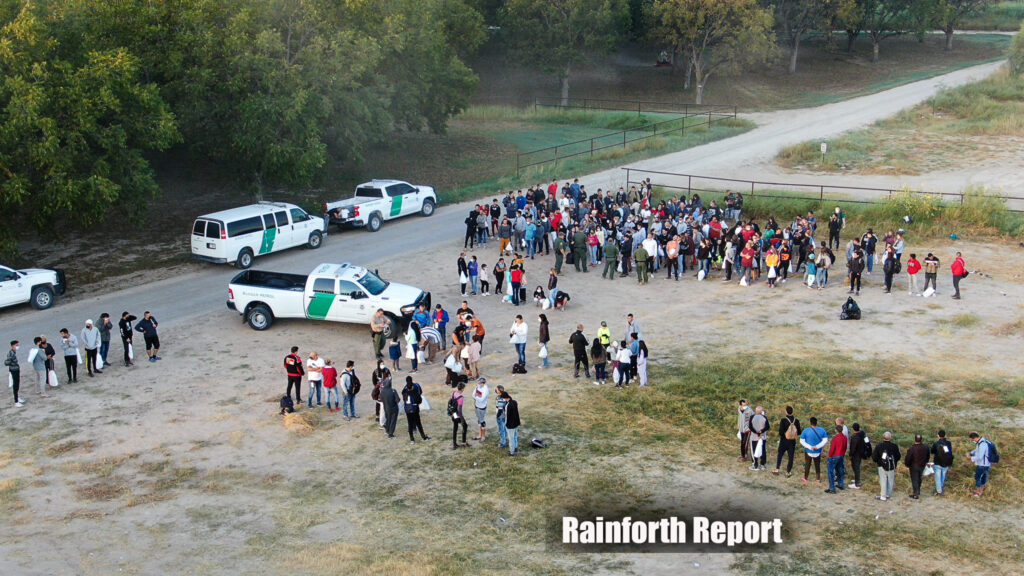