This is amazing. WWII war hero & former senator Bob Dole paid his respects to fellow WWII vet George H.W. Bush in a touching tribute. Dole, who ran as the Republican nominee for president in 1996, supported Trump in the 2016 election.

“American politicians and citizens have been paying their respects to the late President George H.W. Bush, whose casket has been lying in state at the U.S. Capitol since Monday.

Among the dignitaries to honor Bush Tuesday was former presidential candidate and senator Bob Dole, who is 95.

Dole, who served in World War II with Bush, stood from his wheelchair to honor the late president with the help of an aide. Dole saluted his fellow veteran in a powerful moment. 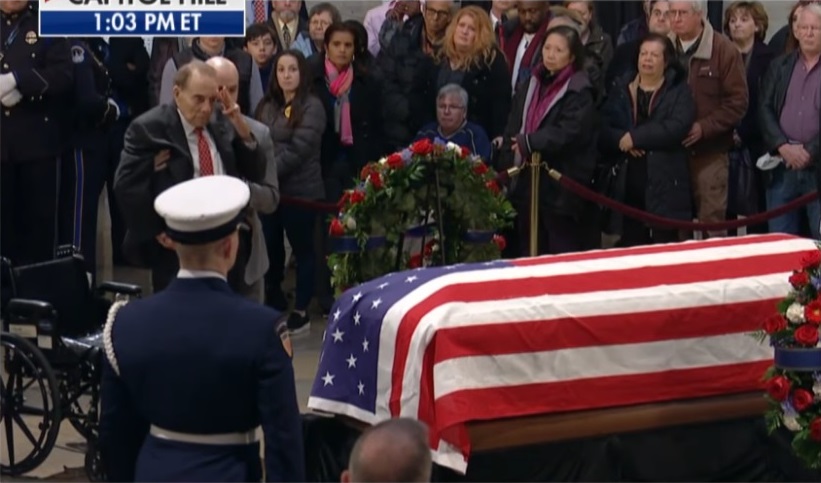 H.W. Bush will lie in state until Wednesday morning. Some of the most powerful people in American politics honored him and his children and grandchildren at a Monday ceremony in the Capitol rotunda.

H.W. Bush’s casket was also visited Tuesday by his service dog, Sully. The state funeral for the former president is scheduled to take place Wednesday at the National Cathedral in Washington. Bush’s casket will then travel to College Station, Texas, to be laid to rest next to his late wife Barbara at his presidential library.”

If this salute doesn’t bring tears of pride to your eyes… https://t.co/ePs7fyqhTO

“Bob Dole’s college career was soon interrupted by the United States’ entry into World War II. He enlisted in the U.S. Army in 1942 and was summoned to active duty in early 1943. Upon completing training programs in the United States, Dole became a combat infantry officer and was sent to Italy in 1944 to serve in a relatively safe area near Rome. The next year, Dole was transferred to a post near the Po Valley, in northern Italy. That region still held a German machine gun nest, and, despite Dole’s relatively small amount of combat experience, he was ordered to lead an assault against it. The day of the assault was, as Dole put it, “the day that changed my life.”

During the attack, an Army radioman went down under German fire. In his attempt to rescue the man, Dole himself was severely wounded. According to examinations by medics following the battle, Dole had sustained the following injuries: a shattered right shoulder, fractured vertebrae in his neck and spine, paralysis from the neck down, metal shrapnel throughout his body and a damaged kidney. The medics examining Dole thought him unlikely to survive. 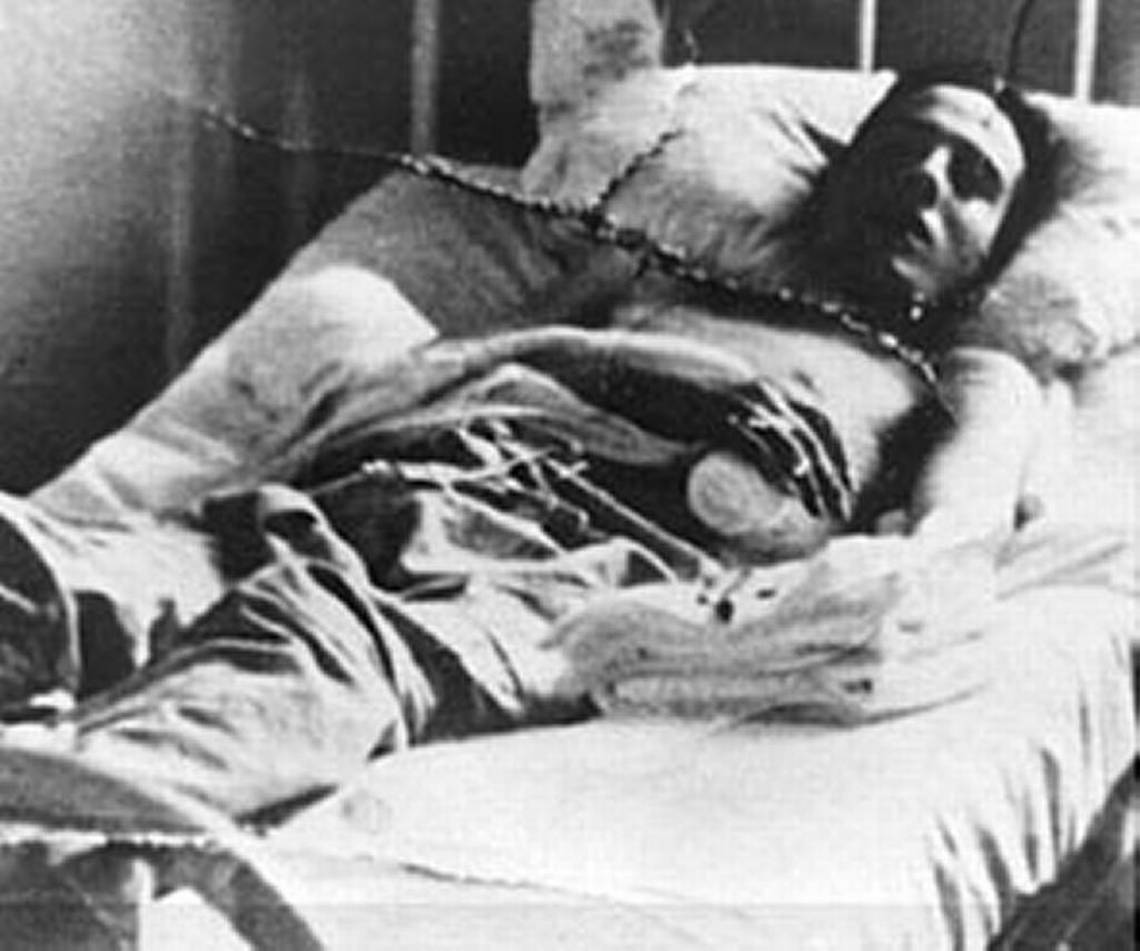 After several surgeries and extensive rehabilitation, Bob Dole not only lived, but made a better recovery than had ever been expected. The only lingering physical limitations for Dole are his paralyzed right arm and hand, and during public appearances he often keeps a pen in his right hand to make it appear less unusual. The Russell community showed him a great amount of support during his recovery, and as a memento of that support, Dole still keeps a cigar box where donations toward his medical costs were collected. For his service in the military, Dole was awarded two Purple Hearts and a Bronze Star. During his recovery, Dole also met his first wife, Phyllis Holden, who worked as a nurse in a Michigan hospital where Dole spent time. They married in June 1948.”