Here in California, we’ve been devastated by wildfires the last several weeks. The death toll is at 77, almost 1000 people are still missing, and around 12,000 homes have been destroyed.

Even those who aren’t in the fire areas have been affected. Here in Sacramento, we’ve choked on hazardous smoke for over a week, with many donning face masks to reduce the health risks. 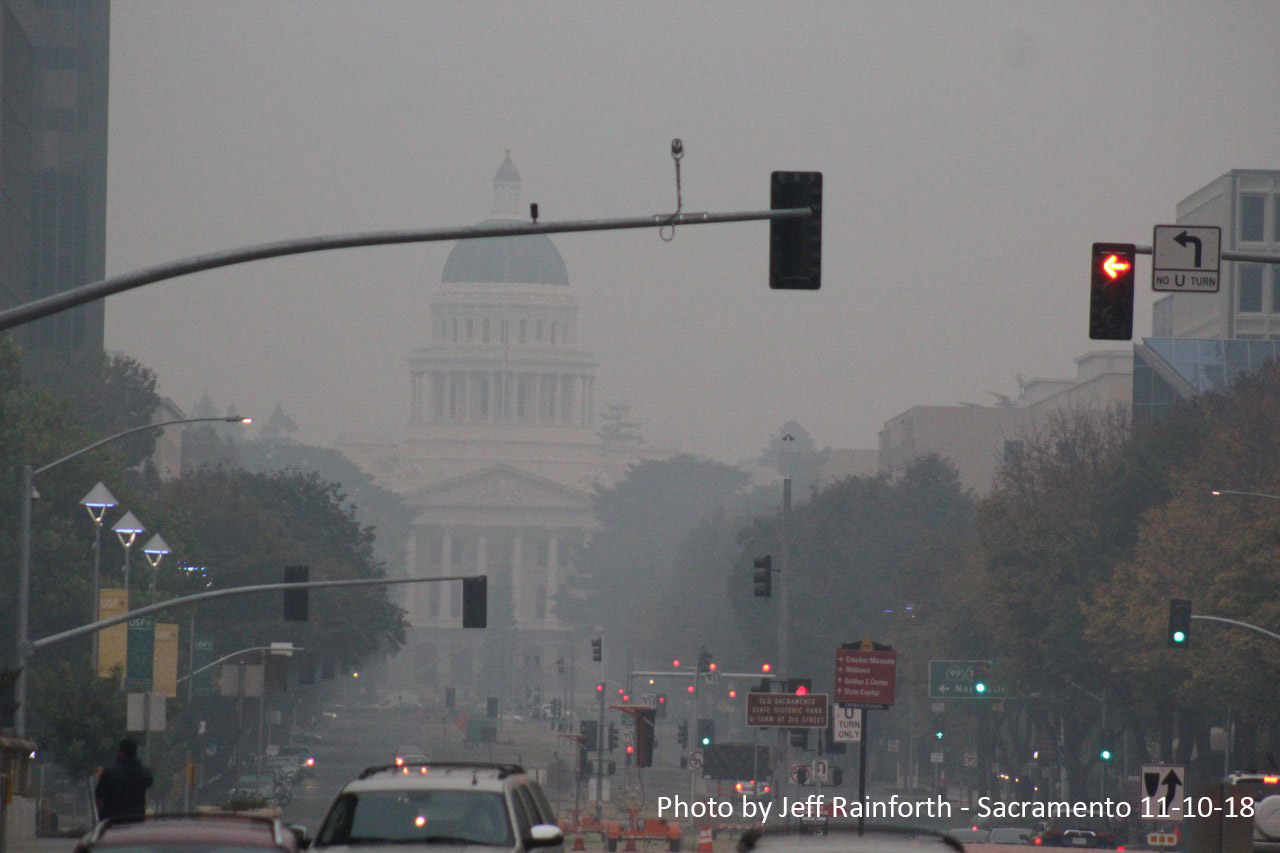 “There is no reason for these massive, deadly and costly forest fires in California except that forest management is so poor. Billions of dollars are given each year, with so many lives lost, all because of gross mismanagement of the forests. Remedy now, or no more Fed payments!”

There is no reason for these massive, deadly and costly forest fires in California except that forest management is so poor. Billions of dollars are given each year, with so many lives lost, all because of gross mismanagement of the forests. Remedy now, or no more Fed payments!

With proper Forest Management, we can stop the devastation constantly going on in California. Get Smart!

As the fires became more destructive & the death toll rose, Trump responded with a softer tone out of respect for those who have lost so much.

Trump tweeted: “More than 4,000 are fighting the Camp and Woolsey Fires in California that have burned over 170,000 acres. Our hearts are with those fighting the fires … The destruction is catastrophic. God Bless them all.”

Now, it appears that Governor Brown is admitting Trump was right about forest mismanagement. Brown is proposing new rules for the cutting & removal of trees so we can avoid fires like the ones that have ravaged the state.

The Santa Cruz Sentinel is reporting:

“Faced with the worst summer fire season in 10 years, Gov. Jerry Brown is proposing broad new changes to California’s logging rules that would allow landowners to cut larger trees and build temporary roads without obtaining a permit as a way to thin more forests across the state.

The proposal — which has the support of the timber industry but is being opposed by more than a dozen environmental groups — would represent one of the largest changes to the state’s timber harvesting rules in the past 45 years.

The legislative session ends for the year next Friday. On Thursday, the details were still being negotiated by legislative leaders and the governor’s office behind the scenes and had not yet been formally introduced in a bill or put up for a vote.

“They are trying to get to some kind of a deal,” said Rich Gordon, the president of the California Forestry Association, a timber industry group. “They are looking at what can get done politically.”

Under Brown’s proposal, private landowners would be able to cut trees up to 36 inches in diameter — up from the current 26 inches — on property 300 acres or less without getting a timber harvest permit from the state, as long as their purpose was to thin forests to reduce fire risk. They also would be able to build roads of up to 600 feet long without getting a permit, as long as they repaired and replanted them.

Timber industry officials say the changes are needed to cut red tape and increase incentives for landowners, particularly in the Sierra Nevada, to thin pine and fir forests that have become dangerously overgrown after 100 years of fire fighting.

Before the Gold Rush in the 1850s, forests burned naturally every few decades in California from lightning strikes or Indian tribes’ burning. That cleared dead wood and left mostly larger, healthy trees. But without those fires for the past century or more, today’s forests are much more dense, with up to 10 times as many trees per acre in some places. The dense brush and increased numbers of small, spindly trees cause fires burn much hotter now and climb more easily into the tops of trees, creating massive blazes that burn for months.

Thinning forests often is a money loser, however, because taking out the small brush and diseased or insect-ridden trees costs money but brings little or no economic return. Allowing landowners to cut some larger healthy trees, which can be turned into lumber, provides them a return, supporters say.

“How do you get people to go in and take out stuff that has no value?” said Gordon. “If you allow them to get some value — to break even — on the cost of thinning, you can get more thinning projects done.”

After Trump’s tweets on the fires, Brown appeared to blame climate change, aka global warming, saying:

“Managing all the forests in everywhere we can does not stop climate change. And those who deny that are definitely contributing to the tragedies that we’re now witnessing, and will continue to witness in the coming years.”

Looks like Brown is changing his tune a bit by proposing the new forest management changes as President Trump suggested.

I wonder if Trump gets tired of being right all the time? I’m going to say, probably not!

Share this if you think politicians should listen to Trump more often!