While we’d never wish harm on our political adversaries (I mean unless they were physically attacking us which has been happening more frequently since Trump was elected), this goes to show how badly Dems want to keep Trump from getting another SCOTUS pick.

Perhaps it’s time for Ginsburg to hang it up.

Ginsburg’s health has been a matter of intense speculation in recent years. The court’s oldest member, Ginsburg has survived multiple bouts with cancer, and in 2014 underwent a procedure to have a stent placed in her right coronary artery. 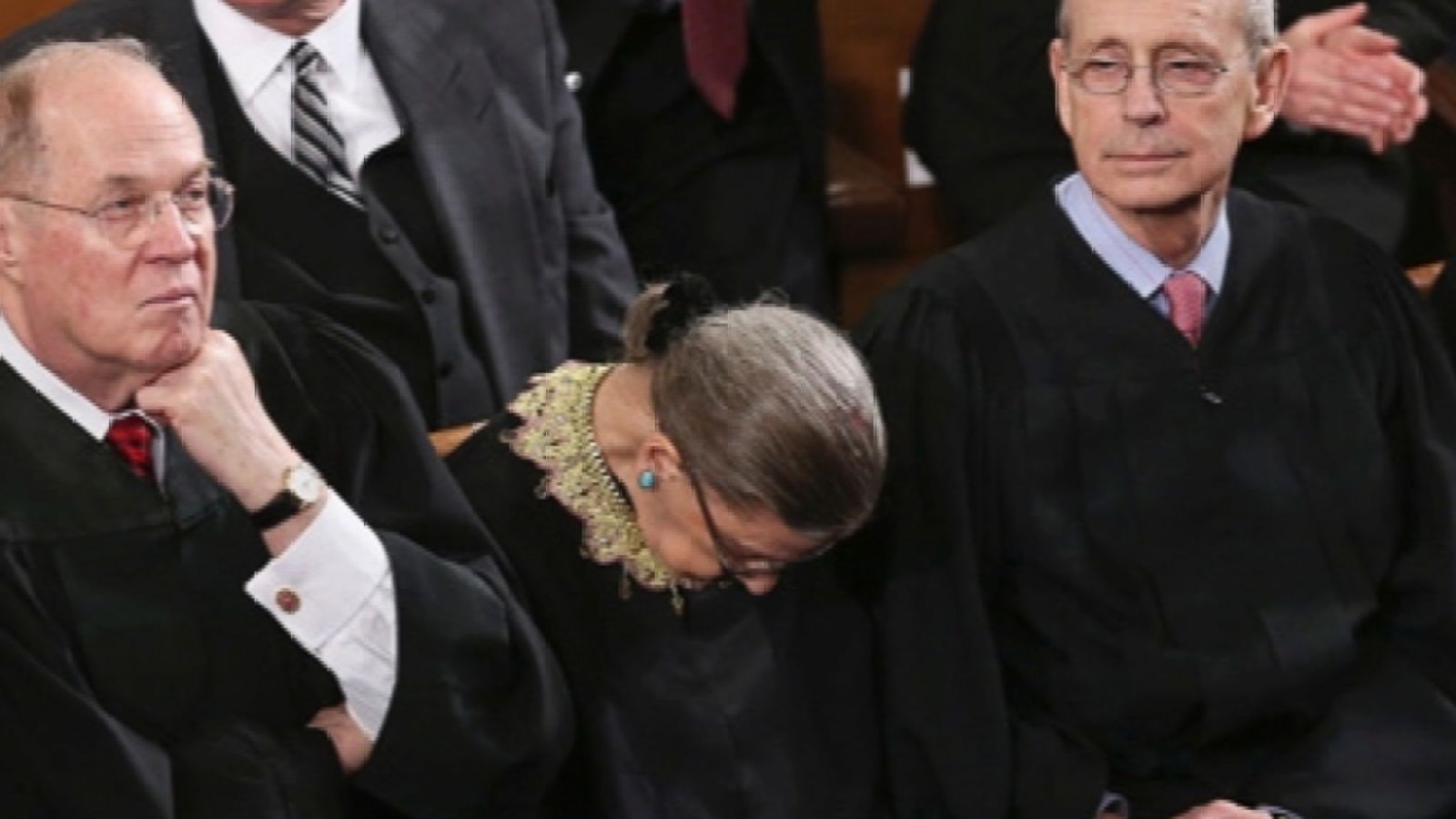 “She went home, but after experiencing discomfort overnight, went to George Washington University Hospital early this morning,” the court said in a statement Thursday. “Tests showed that she fractured three ribs on her left side and she was admitted for observation and treatment.”

It is not the first time that Ginsburg has fractured her ribs while on the court. In June 2012, Ginsburg fractured two ribs in a fall and did not disclose the injury to the public until months later. The court said at the time that despite the fracture, Ginsburg “did not skip a beat.”

The Brooklyn-native, one of four liberal justices on the nine-member court, has said she plans to serve on the bench until she is 90, and has hired law clerks through 2020.

Her approach to the law has been described as cautious, though she has been influential in shaping jurisprudence in cases involving gender discrimination, women’s reproductive health and international law.

She was the principal author of a landmark brief that led Supreme Court in 1971 to apply the equal protection clause of the 14th Amendment to women.

Ginsburg, the second of four women to serve on the high court, was appointed by President Bill Clinton in 1993. Before joining the court, she worked as the director of the ACLU’s Women’s Rights Project.

News of Ginsburg’s fall comes on the same morning as the formal investiture of Justice Brett Kavanaugh, President Donald Trump’s second nominee to the high court.

The court said that more information would be provided as it became available.”

Libs on social media reacted with horror at the news.

If Ruth Bader Ginsburg needs ribs I have like dozens of them that I'm not using, let's do this

Just heard on Los Angeles radio liberals are calling Ruth Bader Ginsburg hospital offering to donate their ribs and organs to make sure she stays healthy and remains at the SCOTUS.

Sorry, but that is kinda psycho.

We don’t want Ginsburg to suffer any more injuries while at work, so maybe we should start a GoFundMe campaign & entice her to retire.

Share this if you hope Trump gets another SCOTUS pick!