Now that they’re feeling the brunt of it, it seems some in Mexico are changing their minds about mass migration.

“Tijuana’s mayor defiantly slammed his country’s federal government for failing to provide adequate aid for the migrant caravan and vowed not to bankrupt his city to care for the thousands now massed near the U.S. border.

Mayor Juan Manuel Gastelum on Thursday asked for international groups like the United Nations to step up aid in response to the more than 5,000 migrants who have arrived in the city over the past two weeks in an attempt to reach the U.S. border. Gastelum called the situation a humanitarian crisis and claimed the Mexican federal government had not helped the city deal with the massive influx of migrants.” 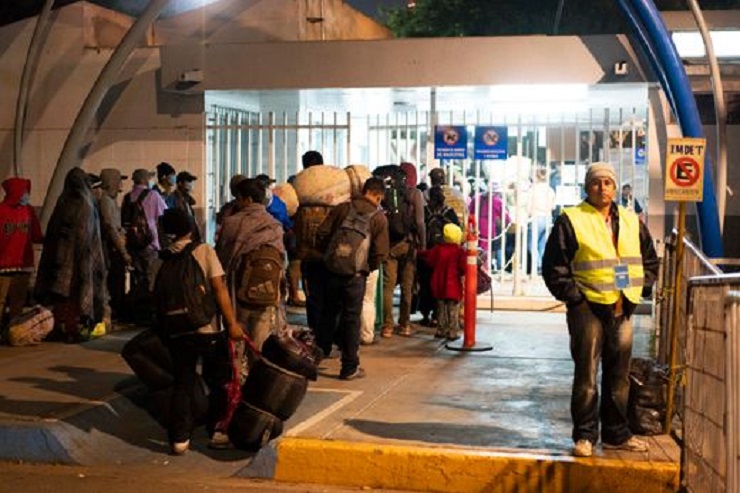 “They have categorically omitted and not complied with their legal obligations,” he said during a press conference on Thanksgiving Day, the Arizona Republic reported. “So we’re now asking them and international humanitarian aid groups to bring in and carry out humanitarian assistance.”

Meanwhile, a small group of Central American migrants marched to a border crossing on Thursday to demand better conditions in shelters housing them.

The group of about 150 migrants carrying white flags that read, “La Paz y Dios” or “Peace and God” separated from the larger caravan and inched within 500 feet from the U.S., the San Diego Union-Tribune reported Thursday.

They criticized the conditions at the shelters and said they deserved better.

“There are sick children here, and we are cold and hungry,” said Carlos Lopez, a Honduran who was leading the group. “The whole world is watching what is happening here.”

Municipal authorities have acknowledged they are ill-equipped to handle the growing number of migrants arriving in the city.

The Arizona Republic reported that the Tijuana municipal government estimated it has spent nearly $27,000 a day to house and care for the migrants.

“I will not compromise public services,” Gastelum told reporters. “I will not spend Tijuanans’ money, I will not bring Tijuana into debt now, in the same way we haven’t done so these past two years.”

Migrants have been urged to apply for humanitarian visas in Mexico and seek work in Tijuana, where officials said there are thousands of jobs available.”

The liberal (very liberal) Guardian UK reported this about Mexican sentiment towards the migrant situation:

“As caravans of Central American migrants wind their way through Mexico’s poorest regions, local people of modest means have headed to the highway with plates of food, plastic bags filled with water and donations of spare clothes.

Meanwhile, more affluent Mexicans have complained on social media about the foreigners from poorer countries, often in terms similar to those used by US rightwingers. 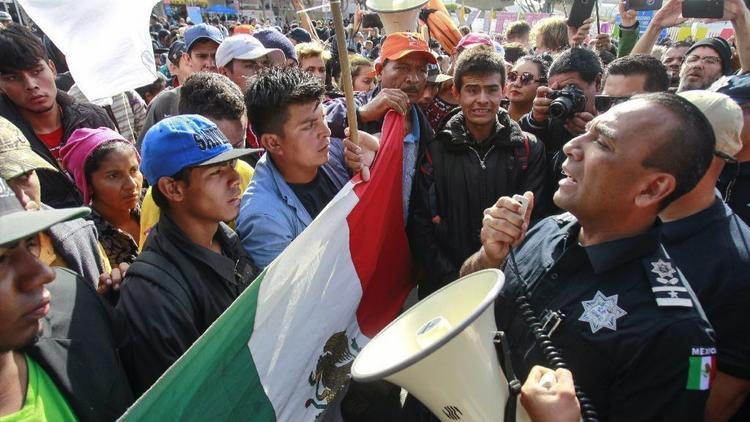 The caravans have brought out the best in many, but they have also exposed a vein of latent xenophobia – and raised uncomfortable questions about Mexico’s own relationship with migration.

Mexicans have often ignored Central America, instead focusing on the US, and sizable numbers of wealthier (and whiter) Spanish and North American citizens find it relatively easy to move to Mexico for work or retirement.

“For us, an immigrant is [someone] from a rich country. A migrant someone coming from a poor country,” said Javier Urbano, a professor studying immigration at the Ibero-American University.

“It’s a class issue: [wealthy immigrants] come from countries, which are supposedly examples of development, which in our imagination we want to be” he said.

Long a transit country for Central Americans trying to reach the US, Mexico has increasingly become a destination, as violence, poverty and climate change provoke an outflow from the northern triangle countries of Guatemala, Honduras and El Salvador.

Mexico received 14,596 asylum claims in 2017, a tenfold increase from 2013 and a figure projected to jump substantially this year. But the government body responsible for processing refugee claims is still short-staffed and underfunded.

“Central American immigration has mostly been transitory, so Mexicans never looked at it as a controversial issue,” Urbano said. “Now that [the migrants] are staying, the public debate is starting.”

“We have don’t enough jobs here and the president wants to offer work visas!” exclaimed taxi driver Jorge Luis Meza – who himself worked irregularly in the United States for several years.

One opinion poll showed that 61% of rural Mexicans supported the caravan migrants, compared to 49.2% of urban dwellers – whose incomes are generally higher than those in the countryside.

But an initial outpouring of support seems to have reduced as more caravans have headed north, said Heyman Vázquez, parish priest in the town of Huixtla which has become a way station for migrants moving north from Guatemala.

Things are different when the shoe is on the other foot I guess.