I covered the massive “Stop the Steal” rally in Sacramento over the weekend. It was a peaceful rally made up of what appeared to be thousands of Trump supporters in front of the capitol building. Various speakers proclaimed to the crowd the need to count “legal” votes only in order to preserve a free & fair election system.

Hundreds of police & California Highway Patrol officers were on hand. They weren’t needed during the rally. It was only after it ended when BLM, Biden supporters, and other leftists showed up that law enforcement had to take measures to separate the two sides. Several members of the Proud Boys were also on hand to provide security for the rally-goers.

You can get an idea of how big the crowd was in the video below. I walked through the crowd of patriotic Trump supporters who were waving flags & banners as they listened to leaders of the rally speak.

SHARE THIS IF YOU BELIEVE TRUMP WILL GET FOUR MORE YEARS!

I followed a line of CHP officers who walked from the capitol grounds through the crowd of Trump supporters. As the officers snaked through the crowd, cheers erupted as rally-goers thanked them for their service.

In-between speakers, music was played & people spontaneously broke out in dance. One little girl stole the show with her moves and had the crowd cheering.

This little girl stole the show with her dance moves at the #stopthesteal Trump rally in Sacramento today. pic.twitter.com/O2mtNt4Wjn

The problems began as more & more leftists & Biden supporters began showing up after the rally had ended. There were many who held BLM signs.

As I stood filming on a street in front of the capitol, a young man who was standing with the Trump supporters grabbed one of their bullhorns and smashed it on the ground. Across the street, you could hear the leftists cheer. Several men from the Trump side chased after the man & one announced he was making a citizen’s arrest. After many tense moments, a phalanx of police officers showed up and separated those who were protecting the person who broke the bullhorn and the Trump supporters.

As the afternoon wore on, more from the left showed up and began confronting Trump’s supporters. In the video below you can see a brawl break out and someone in a BLM van deployed pepper spray on the patriots.

Police quickly moved in after that and separated the two sides. There were more heated confrontations after that, but not any physical violence that I could see.

Here are some photos from the rally and after when things got heated. 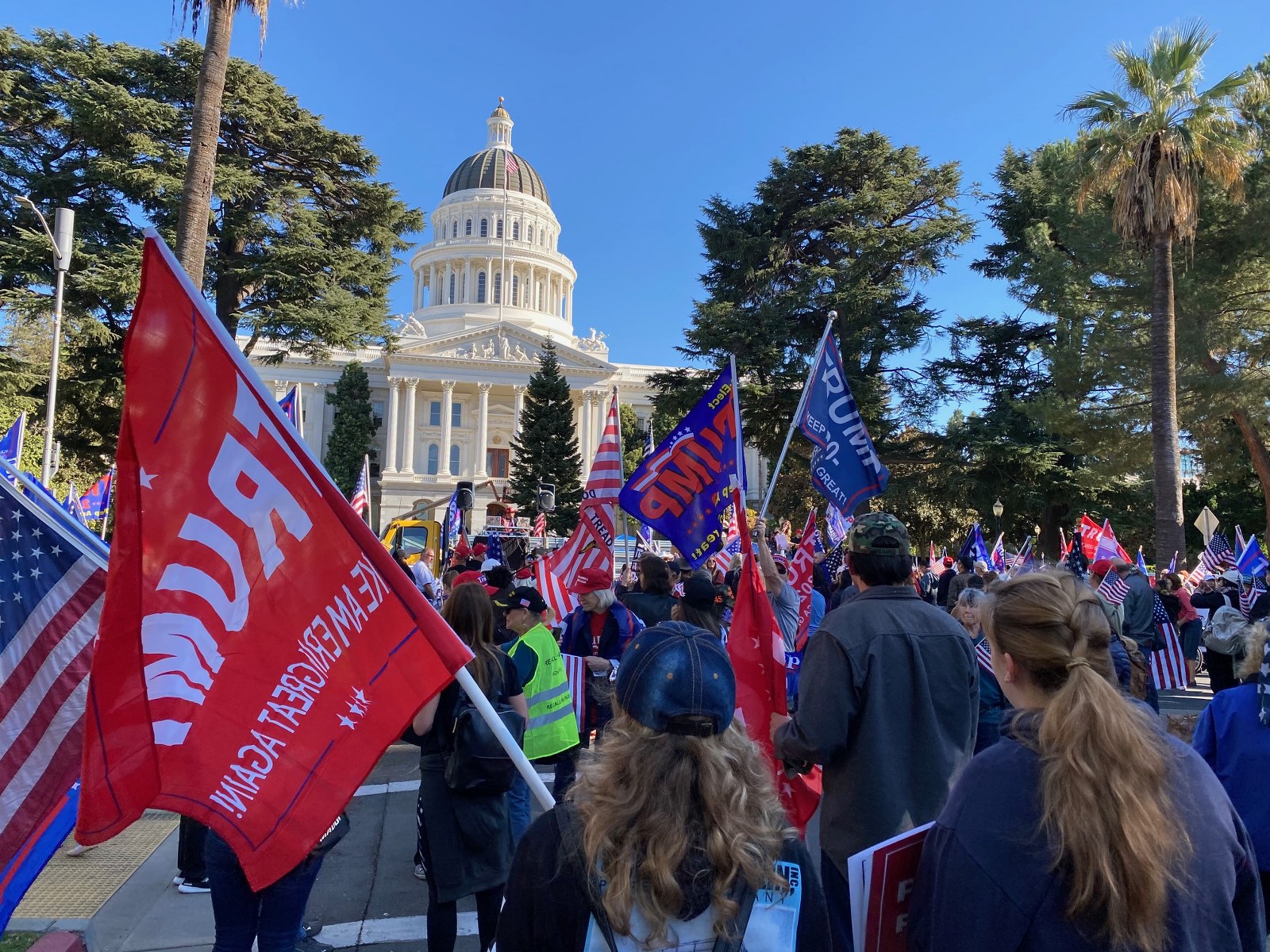 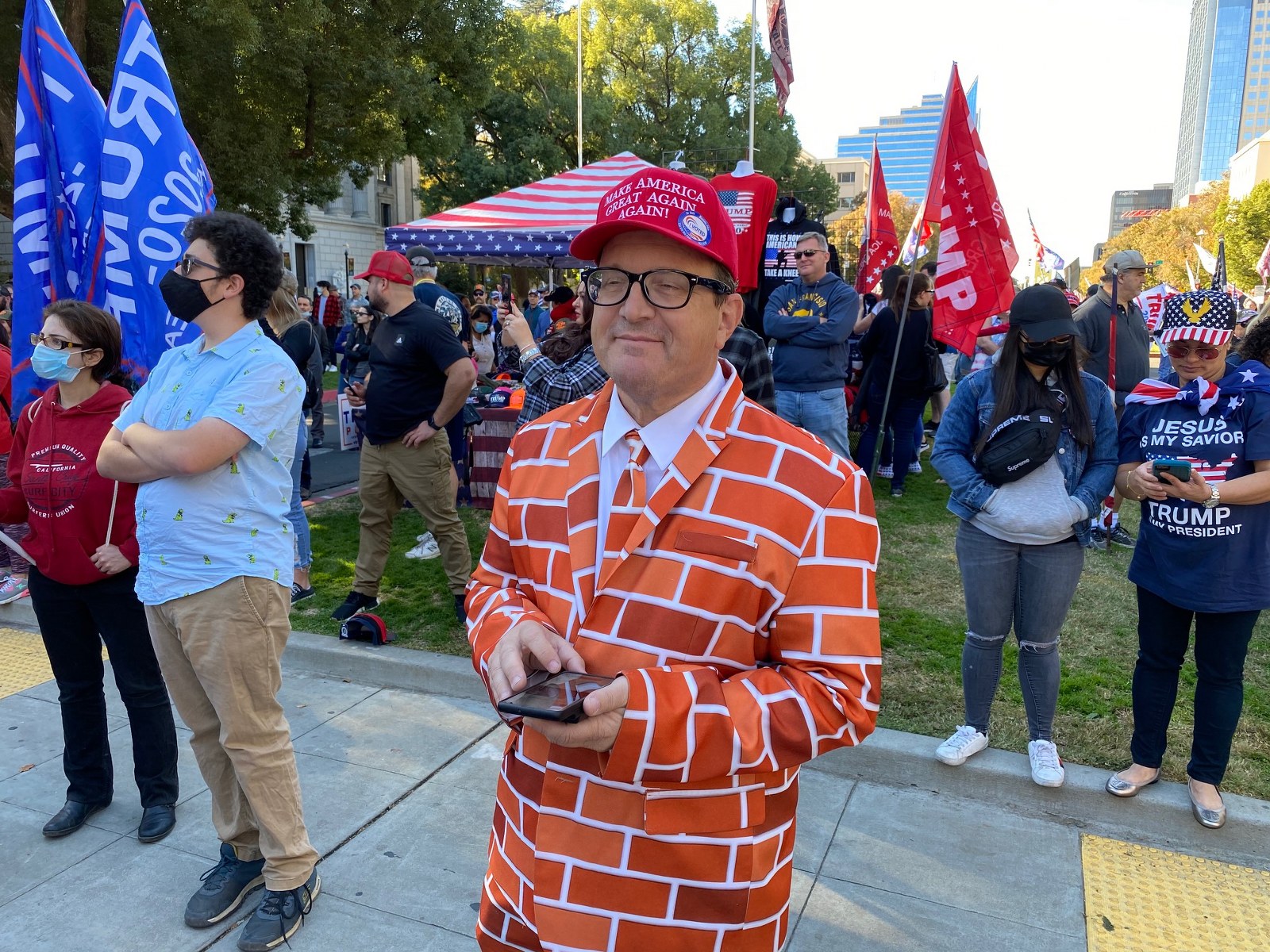 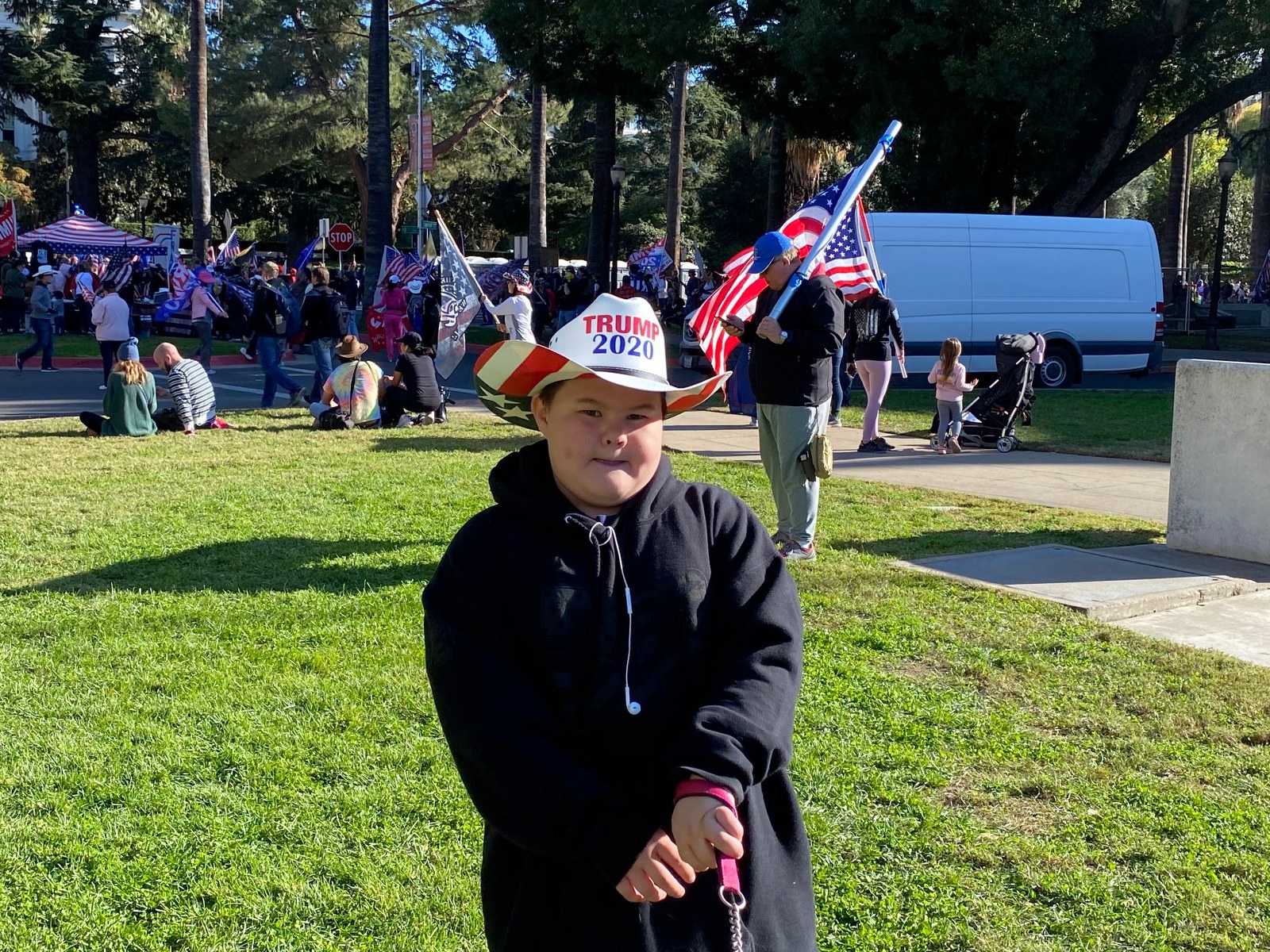 Asians for Trump on stage.

Asians for Trump speak to the crowd.

One of the rally organizers speaking to the crowd.

Police move in after a leftist broke a Trump supporter’s megaphone.

Police separating the two sides after the rally.

Right before the brawl took place. Note the BLM van in the background.

This guy was taking pictures of police for some reason. 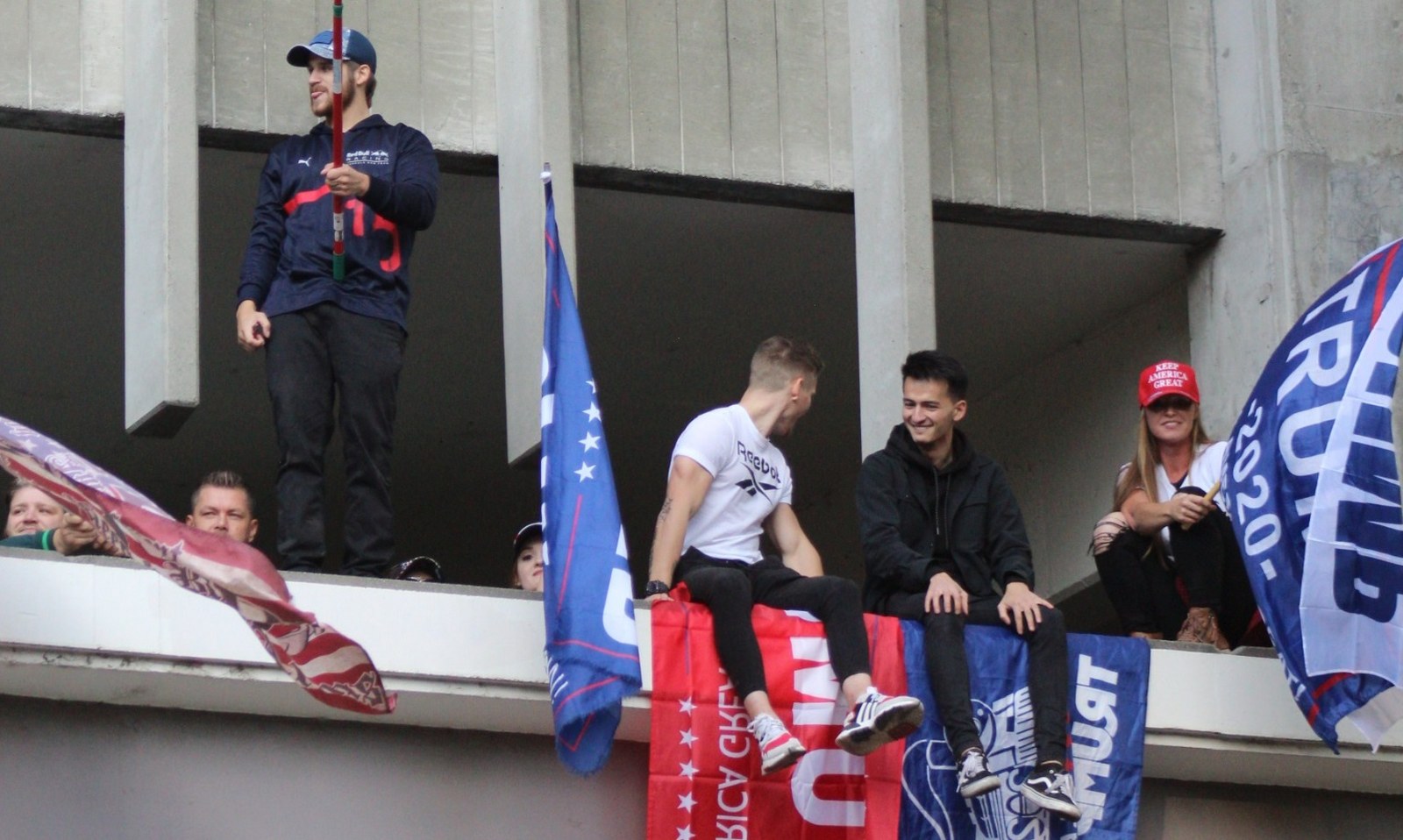 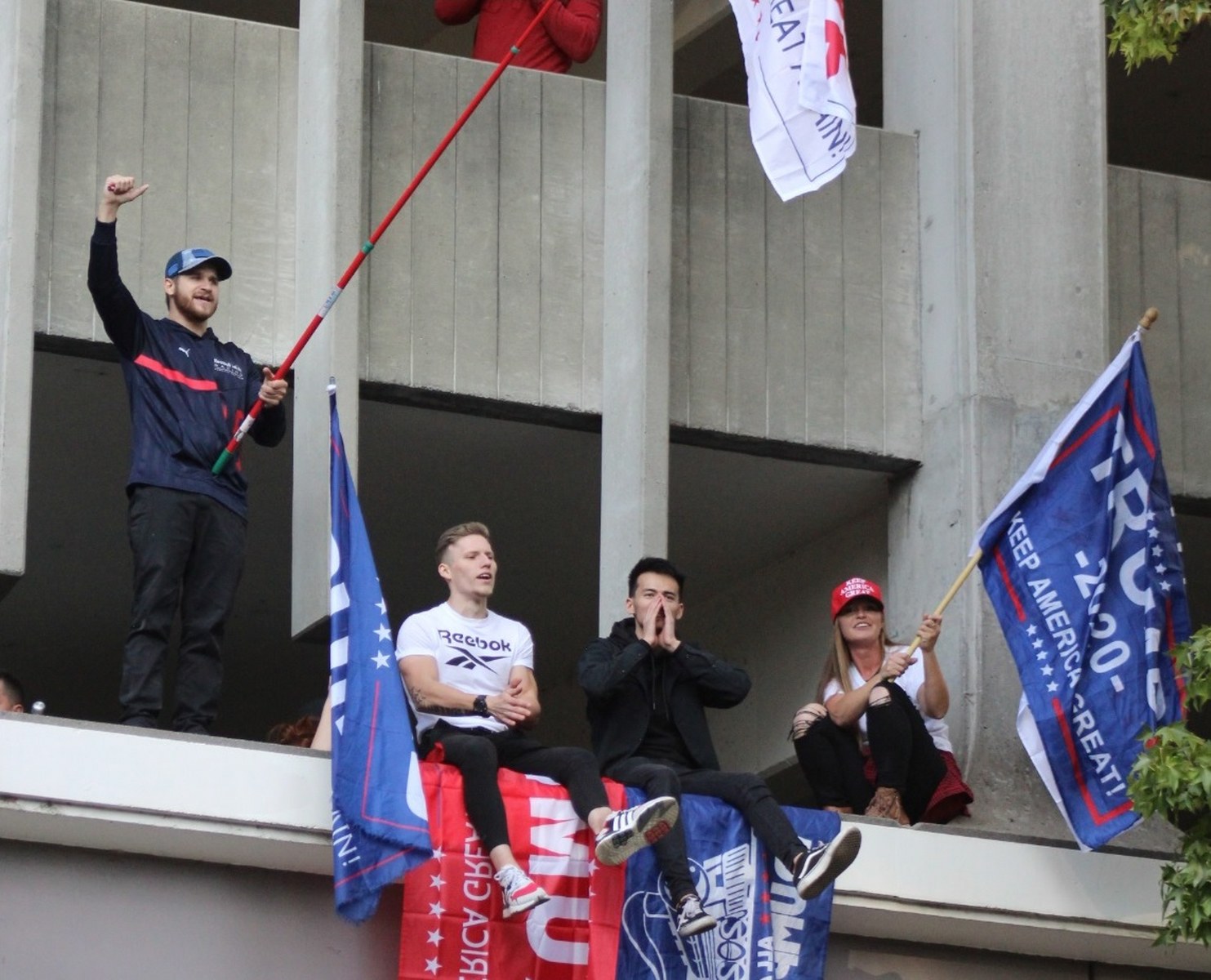 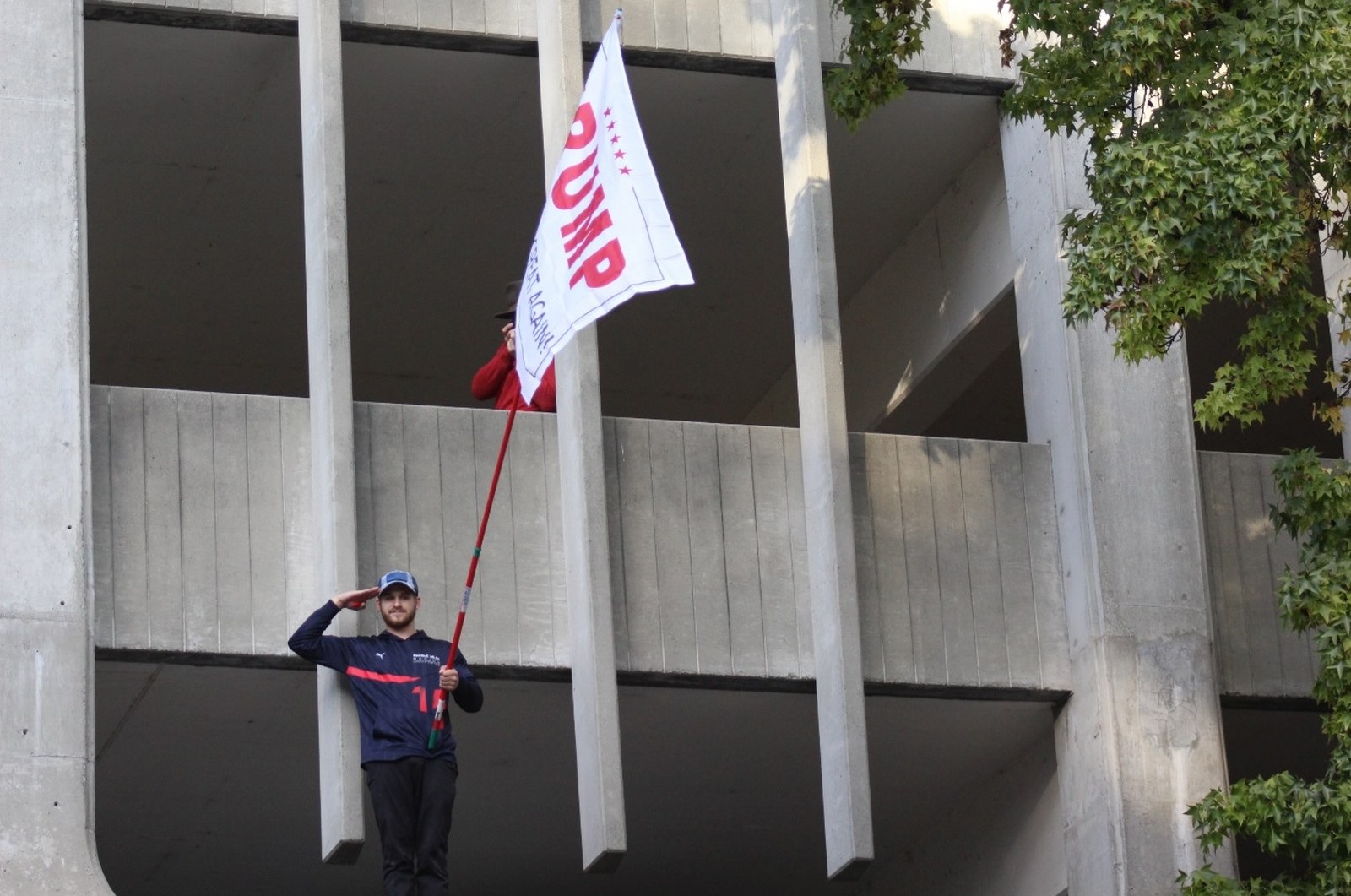 I covered the Portland riots for two weeks in August (See my videos here), and I’ll be covering future events in Sacramento and the metro area as they occur. You can follow me on my personal Facebook page to see my posts since I was blocked from my news page for no reason.

FACEBOOK HAS BLOCKED ME FROM MY OWN NEWS PAGE THAT I USED TO REPORT LIVE FROM RIOTS, THE BORDER, AND FROM HOTSPOTS AROUND THE WORLD. ENTER YOUR EMAIL BELOW TO GET NEWS FROM ME. HELP FIGHT BIG TECH CENSORSHIP!

About Jeff Rainforth 554 Articles
Jeff covers border news in the US and has traveled around the world documenting the border walls of other countries. He embedded with Hong Kong protesters covering their fight for freedom against the Chinese Communist Party, and regularly films inside of riots in Democrat-run cities in the United States. He is also the editor of Right Wing News. Jeff did a special 2nd Amendment project for Navy SEAL Rob O'Neill who killed Bin Laden, and he was the national rally organizer to free Marine Sgt. Tahmooressi from the Mexican prison. He is chairman emeritus of Ross Perot’s Reform Party of California, and a former candidate for governor. He wrote for former war correspondent & Breitbart contributor, Pat Dollard, and headed up his 30 person research team. Mr. Rainforth also wrote for the Wayne Dupree Show. Jeff is a two-time nominee for the prestigious Blog Bash Award for best activism for organizing the national movement to form a select committee on Benghazi, and for his role as the national rally organizer to free Marine Sgt. Andrew Tahmooressi from Mexican imprisonment. Jeff appears in Sgt. Tahmooressi's mother's book, "When Light Prevails."
Website Facebook Twitter YouTube