This is absolutely unreal & it could lead to violent acts being committed against Republicans & conservatives.

On Wednesday, Fox News reported that the Democratic governor of Virginia, Ralph Northam, caused an uproar after suggesting that “non-viable” “born-alive” infants could be aborted (after birth) under a new state measure that he supports.

Then, on Friday, a yearbook picture of Northam surfaced from when he was in medical school. It showed Northam & another person in KKK garb & blackface. 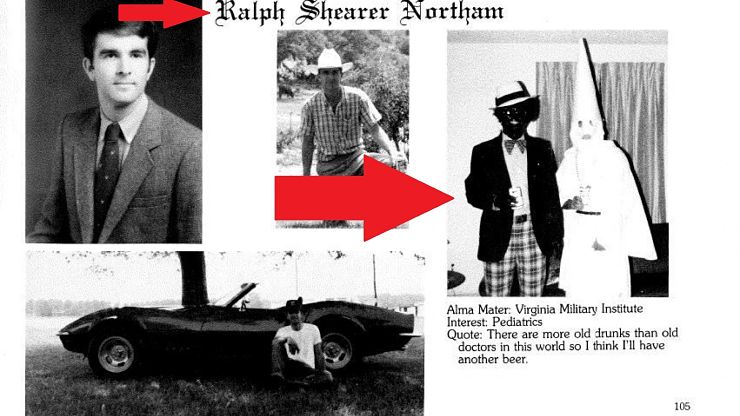 A firestorm erupted, with many on both the left & the right demanding that Northam resign. Northam issued an apology in a video he posted online which was then published by all the major news networks.

CNN aired Northam’s apology with the network’s own Anderson Cooper commenting on it. The funny thing is, CNN overlayed a graphic depicting Northam as a REPUBLICAN (R), when in fact, the Virginia governor is a DEMOCRAT. I recorded a portion of CNN’s video in case they scrubbed it (CNN has in fact taken the video down from YouTube).

WATCH (The (R) for Republican shows at the bottom left of the video)):

“CNN — the network that promotes the hashtag #FactsFirst — mislabeled embattled Virginia Gov. Ralph Northam as a Republican on Friday during a segment about the Democrat’s apology for his racist 1984 medical school yearbook photo.

The CNN chyron that mistakenly called Northam a Republican aired Friday during “Anderson Cooper 360,” the nightly show hosted by Anderson Cooper. The segment focused on a video in which Northam apologized for the nearly 35-year-old photograph.”

“My fellow Virginians, earlier today I released a statement apologizing for behavior in my past that falls far short of the standard you set for me when you elected me to be your governor. I believe you deserve to hear directly from me,” Northam said in a video he posted on Twitter.”

Anderson Cooper tweeted the video out, and then deleted it after a massive uproar on social media. Cooper tweeted a corrected video today and acknowledged what CNN did (Of course he didn’t say they did it on purpose, which they surely did).

A previous tweet had a video misidentifying Gov. Northam’s party affiliation, it has been removed and the video has been corrected https://t.co/Us56lyz1tU pic.twitter.com/OvqnPvngrL

Conservatives reacted on social media over what CNN did. Even Trump Jr. weighed in stating:

“Well thats their typical #fakenews. They just want that to be true.”

Well thats their typical #fakenews
They just want that to be true. https://t.co/UUfG40Zvq7

“How does this happen? CNN should apologize to their viewers. #FactsFirst”

How does this happen? CNN should apologize to their viewers. #FactsFirst ????https://t.co/WNg3Vit0Pi

“I can’t believe CNN falsely labeled Ralph Northam a Republican… Actually, I can.”

Another Twitter user posted that CNN should be sued:

.APPALLING! “Anderson Cooper” on @CNN lies to the American people saying that Virginia Democrat Governor Ralph Northam is a member of the Republican Party. We don’t accept apologies for your disgraceful behavior. The GOP should Sue THIS FAKE NEWS OUTLET! pic.twitter.com/NgiNfLu56Z

There is no way that this was a mistake given CNN’s history of purposefully pushing fake & anti-Trump news. CNN tried to push the narrative that if someone is caught doing something racist they must be Republican, conservative, or a Trump supporter. Hollywood actors like Alyssa Milano back the false narrative up by stating that President Trump’s MAGA hat is the new “white hood.”

The red MAGA hat is the new white hood.

Without white boys being able to empathize with other people, humanity will continue to destroy itself. #FirstThoughtsWhenIWakeUp

CNN should be sued or worse for what they did and continue to do. People are literally being attacked, sometimes physically, for being conservative or for supporting President Trump. CNN is stoking hatred that could lead to violence from those on the left and they are purposefully trying to divide the country even more than it already is. For that alone, the fake news organization should be investigated for treason & its employees involved sentenced to prison.