After the migrant caravan tried to overrun our border forces last month, it was revealed hard core gang members had joined it, and even convicted murderers. Just like President Trump said.

Now Trump & ICE are fighting back and we got some awesome news from Customs Enforcement.

“A five-day operation conducted by U.S. Immigration and Customs Enforcement (ICE) in New Jersey has taken into custody 105 foreign nationals who were in the U.S. illegally. Approximately 80% of those arrested “had prior criminal convictions and/or pending criminal charges,” according to a statement from ICE. ICE did not make clear how the other 20% were included in this operation.

None of the suspects were named, but descriptions of some of them and their crimes were included in the statement. Individuals arrested came from 24 countries around the world, including Canada, Egypt, Guatemala, Korea, Mexico, Poland, and Russia. They were found across the state of New Jersey, and two were arrested in New York. Their ages ranged from 18 to 65 and their crimes varied from fraud to drugs to child abuse to theft.

The operation was overseen by ICE Enforcement and Removal Operations and supported by the department’s Homeland Security Investigations, and U.S. Customs and Border Protection’s New Jersey Field Office.

“These outstanding results, which were made possible by our officers and law enforcement partners, highlight the tremendous commitment that ICE ERO has to public safety throughout the state,” John Tsoukaris, Field Office Director of ERO Newark, said in the press release. “Our focus has been and will continue to be on arrests of illegal aliens who have been convicted of serious crimes or those who pose a threat to public safety.”

Via U.S. Immigration and Customs Enforcement:

“Among those arrested during this operation include:

In Union City, a 35-year-old Ecuadorian national, who has a conviction of forcible touching on a child;

In Jersey City, a 35-year-old Venezuelan national, who has a conviction of distribution of narcotics;

In Union City, a 52-year-old Mexican national, who has a conviction of promoting prostitution with a child.

In New Brunswick, a 34-year-old Honduran national, who has a conviction of Endangering the Welfare of a Child;

In West New York, a 34-year-old Ecuadorian national, who has an Interpol warrant for the crime of fraud;

In Jamesburg, a 25-year-old previously deported Guatemalan national, who was arrested for aggravated assault and possession of a weapon. An ICE detainer was lodged with Middlesex County Jail but they refused to honor the ICE detainer and released the subject;

In Freehold a 28-year-old El Salvadorian national, who is a member of MS-13;

In New Brunswick, a 19-year-old Mexican national, who is a member of the 18th street gang;

In Newark, a 31-year-old Mexican national, who is a member of the Surenos-13th street gang;”

Keep up the good work, guys!

Share this if you’re glad Trump & ICE are working to keep us safe! 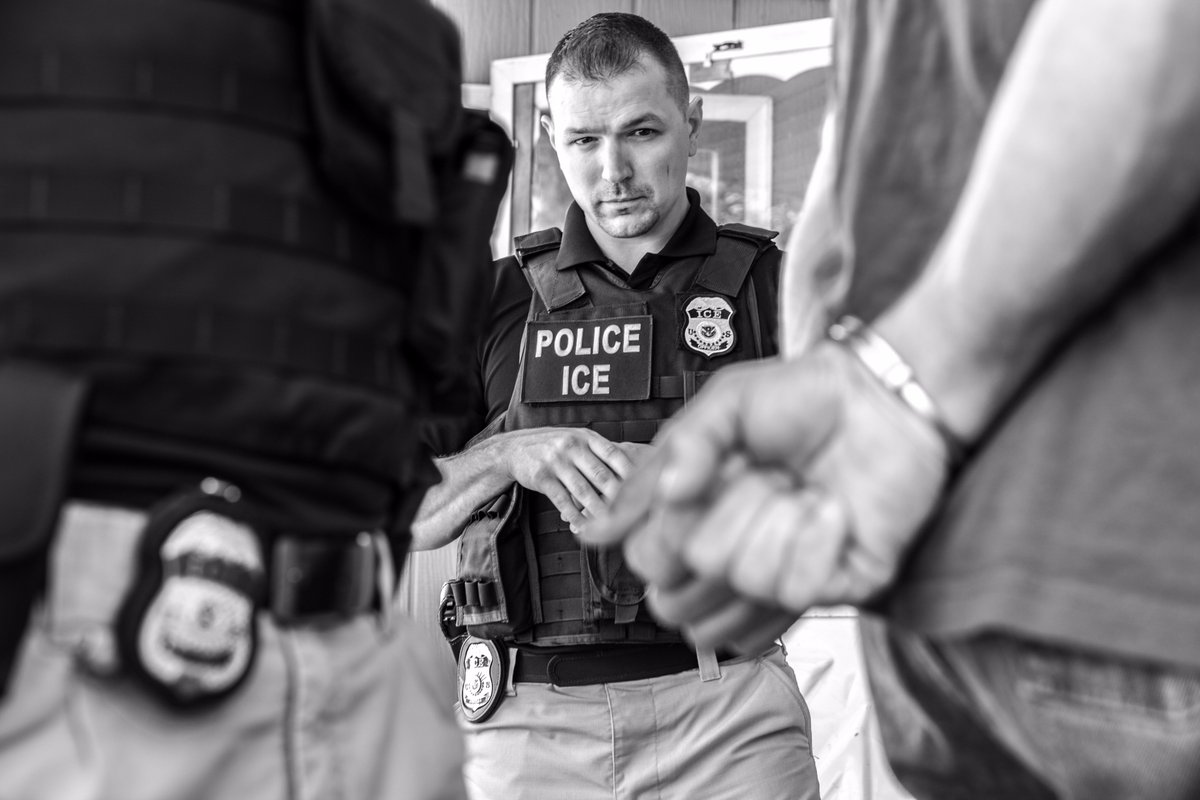