Oh boy. Another case of Democrat “it’s good for me but not for thee.” Governor Whitmer isn’t getting just any fence, either. It’s going to be electrified! She must be taking a page from Hungary’s border fence that has high-voltage electricity running through it. I visited that border fence last year and it sure does the trick! Whitmer & her Dem pals want to be safe from criminals illegally coming on their property, but they don’t want average Americans to be protected from criminals & gang members who cross our border regularly. Total hypocrisy!

“The official residence of Democrat Michigan Governor Gretchen Whitmer in Lansing will soon have an eight-foot high, electrified fence surrounding it; the fence and ancillary security upgrades will reportedly cost $1.1 million.

The Washington Free Beacon pointed out:

Whitmer, a Biden surrogate, has attacked the idea of using barriers to prevent illegal immigration. She called President Donald Trump’s border wall “costly and ineffective” in February 2017, nearly a week after suggesting that money for the wall would be better spent elsewhere. “$40 BILLION for the wall,” Whitmer tweeted. “Think how many kids that would educate, how many roads, bridges and pipes it would fix.” Whitmer also campaigned against Trump’s wall in 2018, saying, “it is time we get back to building bridges, not walls.”

The Detroit News reported that Whitmer spokeswoman Tiffany Brown said, “Routine maintenance and upgrades are performed as needed to ensure the safety, security and protection of any sitting governor and the first family.” She added that the added security would be paid for with funds from the executive office budget.

The renovations at the governor’s residence were recommended by the Michigan State Police and the state Department of Technology, according to Brown. Shanon Banner, spokeswoman for the Michigan State Police stated, “As a matter of practice, we’re constantly reviewing security protocols and adjusting as needed. We don’t comment on specific threats against the governor nor do we provide information about security measures.”

In May, a Detroit man was charged with a felony after allegedly making “credible threats to kill” Whitmer and Attorney General Dana Nessel. During a May 26 press conference, Whitmer said there had been an “explosion of rampant rumors and violent death threats against my family and me online.”

In mid-August, it was reported that a security fence budgeted for $400,000 would be built around the official residence of South Dakota’s governor Kristi Noem; her spokeswoman, Maggie Seidel, said some of the costs would be offset by private fundraising.

In May, Whitmer admitted that her husband, Marc Mallory, asked a boating company for special treatment because he was married to her. That came after Whitmer’s office called the allegation a “rumor” and suggested that it could be “misinformation.”

The controversy surrounded a report that her husband called a boating company and asked them to put their boat on the water before Memorial Day weekend and, when told it wouldn’t be done by then, asked for special treatment because he was “the husband to the governor.” Adding to the controversy was the fact that Whitmer urged people to not go to that area if they did not live there, and while she and her husband own a second home there, it’s an approximately 200-mile drive from their main residence, the governor’s mansion, in Lansing. She later claimed that he drove across the state to rake leaves at the second home and then came home.

Whitmer addressed the controversy during a press conference saying, “I do feel compelled to address the most recent one about my husband Marc. My husband made a failed attempt at humor last week when checking in with a small business that helps with our boat and dock up north.”

“Knowing it wouldn’t make a difference, he jokingly asked if being married to me might move him up in the cue,” Whitmer continued. “Obviously, with the motorized boating prohibition in our early days of COVID-19, he thought it might get a laugh. It didn’t and to be honest I wasn’t laughing either when it was relayed to me because I knew how it would be perceived. He regrets it, I wish it wouldn’t have happened and that’s really all we have to say about it.”

Here’s a photo I shot of Hungary’s 100-mile long electrified border fence. It was put up to keep out massive waves of immigrants coming from the Middle East and ISIS fighters who hid amongst them. We could use some high-voltage on our border walls! 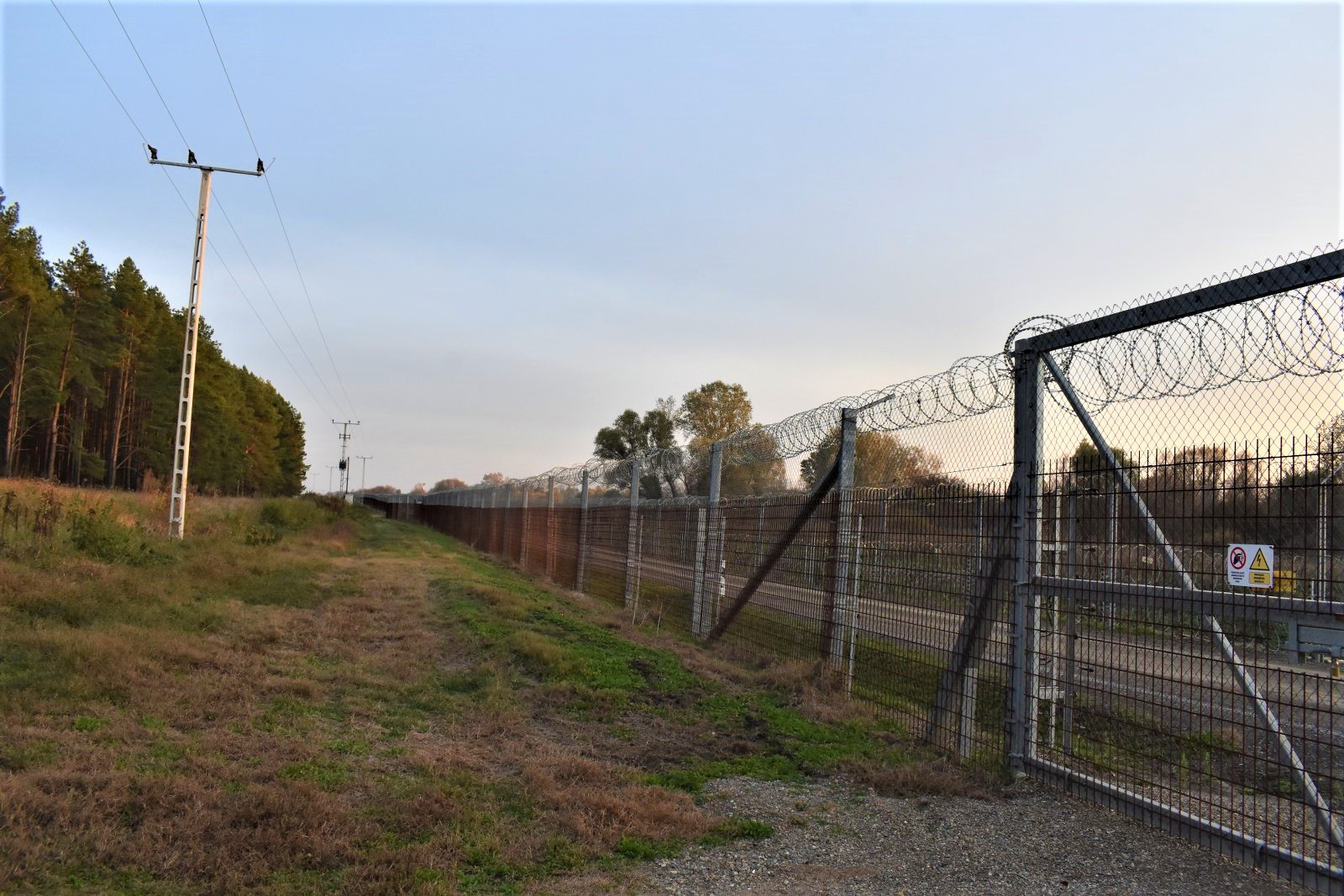