President Trump was in attendance at the Army vs Navy game yesterday. During the singing of the National Anthem not a single person kneeled, putting NFL players to shame.

Prior to the Anthem, the military chaplain offered a prayer for all who serve. It is being hailed as one of the most powerful prayers ever as the chaplain said, “in this game, every player on the field is willing to die for every person watching.”

And then there was the coin toss.

“The president participated in the ceremonial coin toss before the 119th edition of the annual matchup. A crowd of 66,729 — many active duty military members — were at Lincoln Financial Field in Philadelphia for the festivities.

Trump seemed to get a warm reception from the fans — or, perhaps they were just happy that Navy won the coin toss — but then he got more applause when he honored the captains from both teams.

The president turned and shook hands with the captains for both the Midshipmen and the Black Knights.” 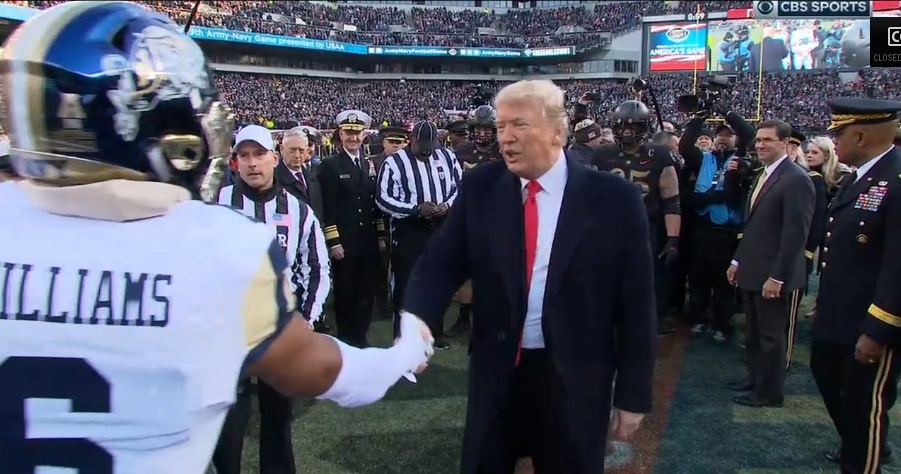 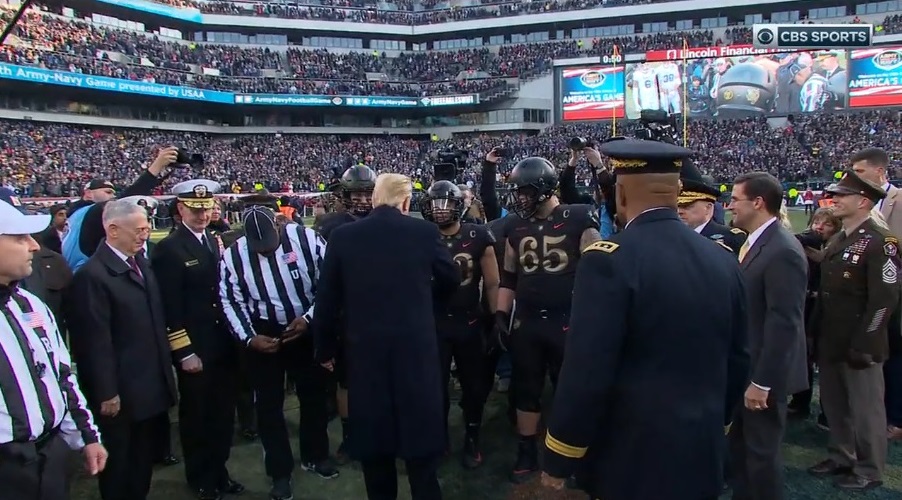 Trump also posted an amazing photo of the stadium at Lincoln Financial Field that he took from Air Force One as he was arriving.

Great honor to be headed to the Army-Navy game today. Will be there shortly, landing now! pic.twitter.com/ByAfESq8aS

“CNN reported that while the approach path to Philadelphia International Airport is normally close to Lincoln Financial Field, Air Force One made a special low pass over the stadium and dipped its right wing.”

Air Force One tipping its wing as it flew by Army-Navy game pic.twitter.com/qvsJ26FzRJ

After the game, President Trump Tweeted:

According to the U.S. Army: 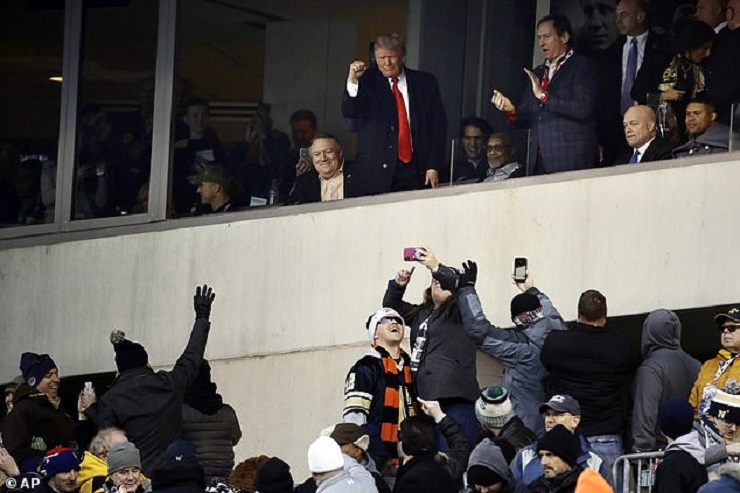 On Nov. 27, 1926, the game was held in Chicago for the formal dedication of Soldier Field in honor of the American servicemen who had fought in World War I. 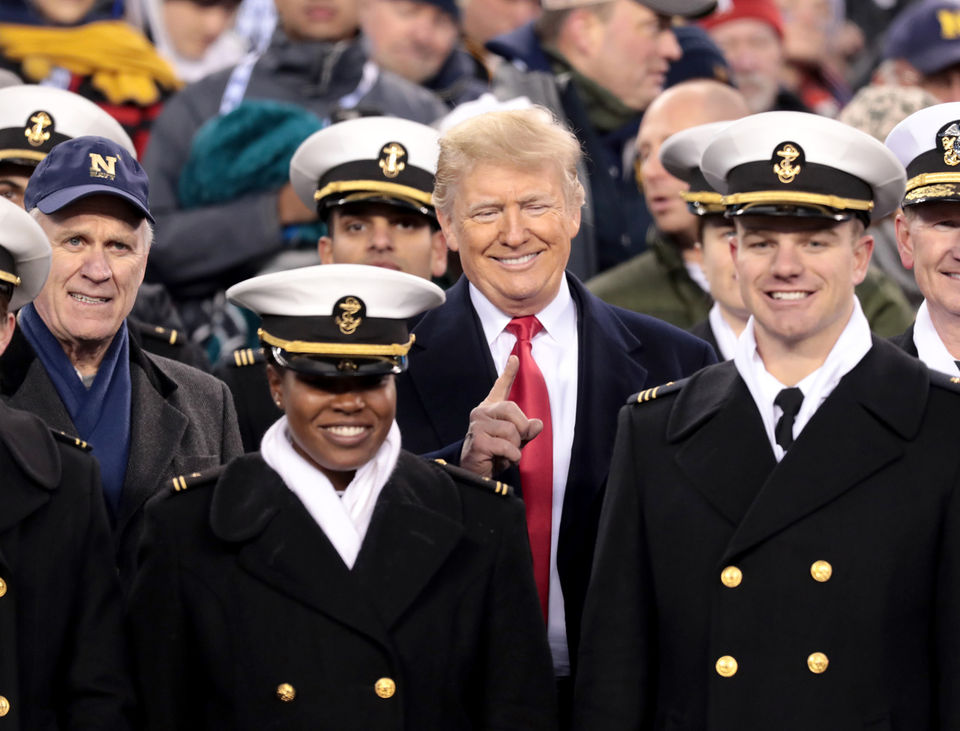 The tradition of mules as mascots for Army dates back to 1899, when a quartermaster officer decided the team needed a mascot to counter the Navy goat and chose a white mule used to pull an ice wagon. 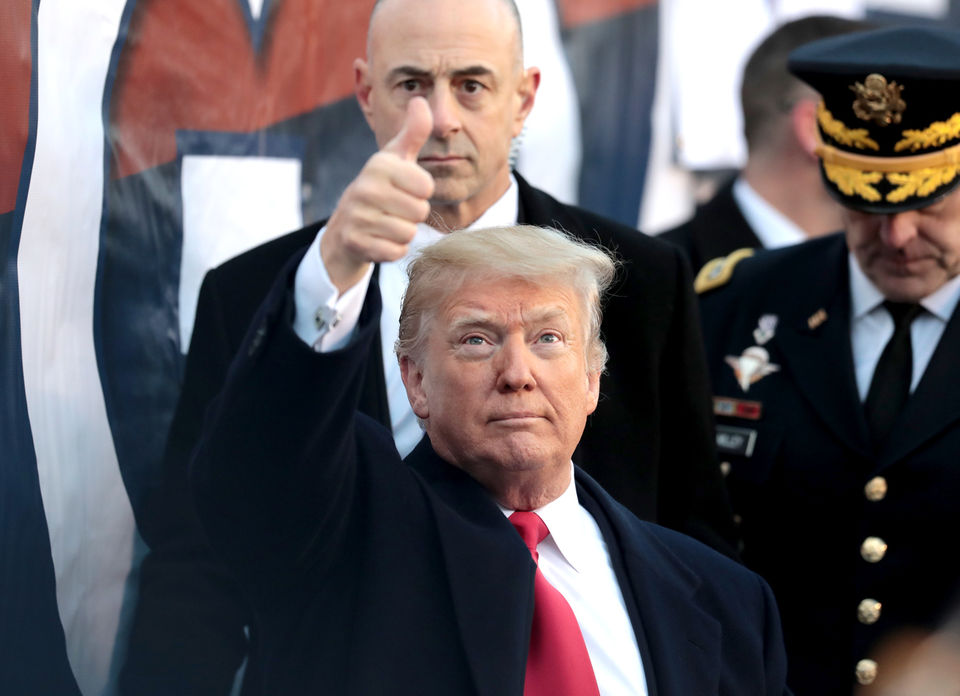 Only six Army-Navy games have been held on the campus of either academy. Two of those games were during World War II, one in 1942 and the other in 1943. 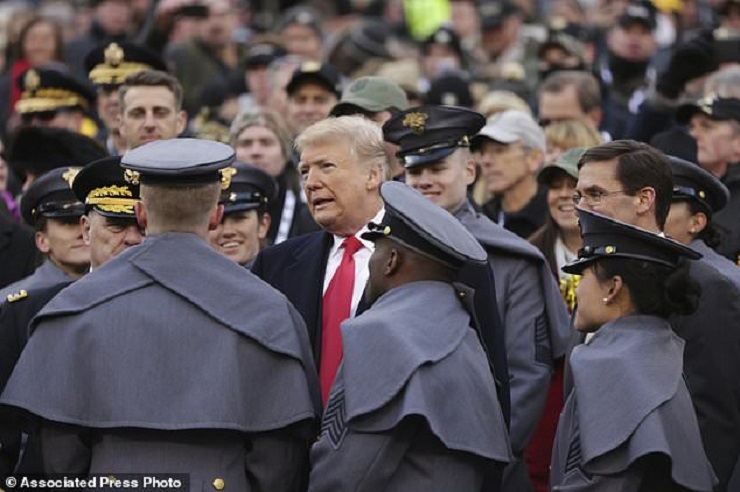 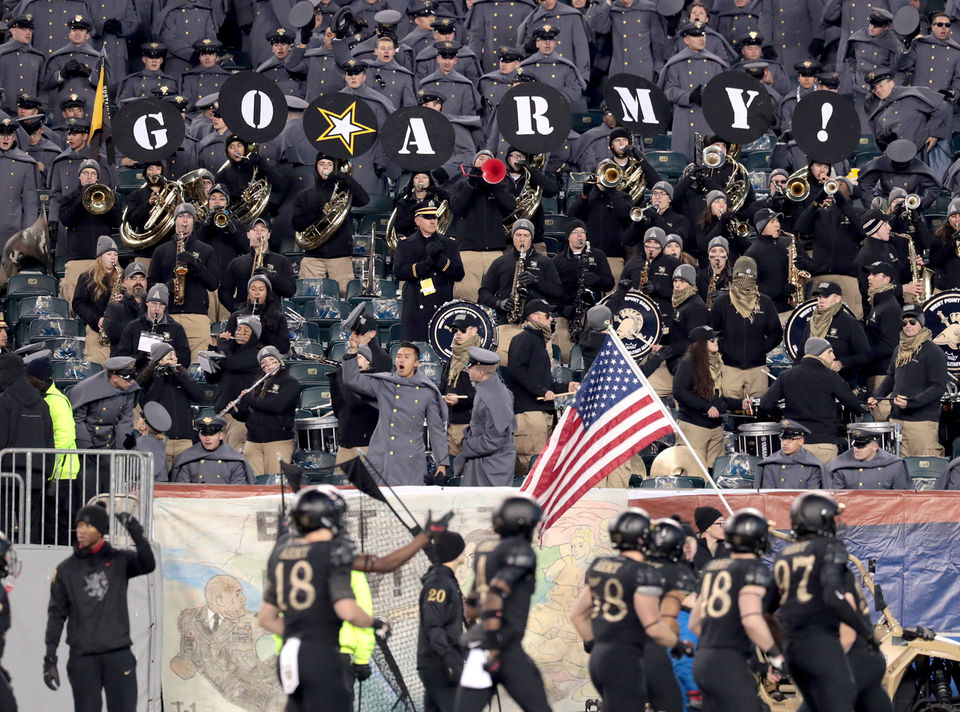 A 1973 episode of “M*A*S*H” referenced a fictional Army-Navy game that ended 42-36 Navy. To this day, no Army-Navy game has ended with that score. The radio announcer in the episode says the game is the 53rd Army-Navy game. That game was played in 1952; Navy won, 7-0. 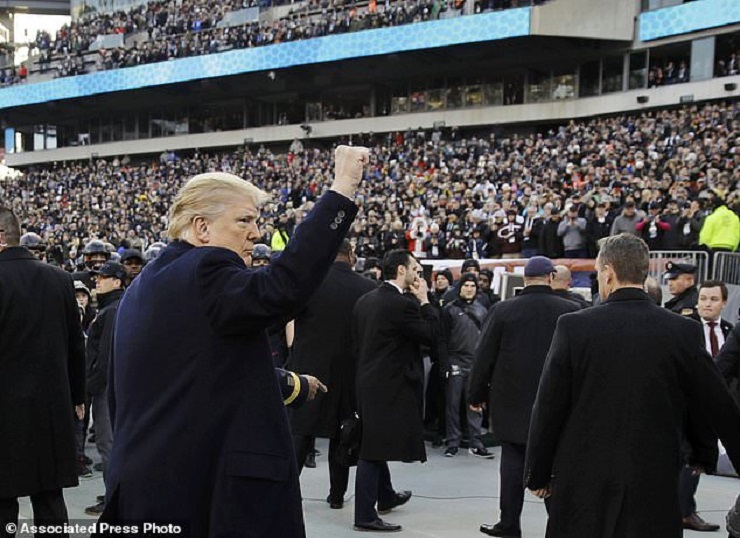 Share if you’re proud of our President, our country, & our men & women who serve!