Major news. I’ve been reporting about my friend, triple-amputee vet Airman Brian Kolfage, and his campaign to get a wall built on the southern border since last December. The campaign exploded in the first week, raising millions for the effort in a matter of days. Over $20 million has been raised for the wall so far, and the vast majority of donors responding to news that Kolfage & his team would build the wall themselves have opted in to have their contributions go towards construction.

As Airman Kolfage visited Washington D.C. twice over the last several weeks, there were whispers that President Trump was aware of his campaign to privately fund the wall. Kolfage was in talks with elected officials, and high-level political powerbrokers during his visits to the nation’s capital, and many were wondering if the president would say something. And now he has.

In the second week of January, Airman Kolfage announced the team that would help him get the wall built. Kris Kobach, the former Secretary of State of Kansas, is one of many who sits on Kolfage’s “We Build the Wall Inc.” advisory board. Kobach, who may be running for Senate in 2020, spoke with the New York Times this week and told them of a phone call he had with President Trump on Wednesday.

I am pleased to serve on the board of directors for this project. "We the People Will Fund the Wall" will fund private construction of a wall on America's southern border in order to protect citizens and preserve U.S. sovereignty. #BuildTheWall #ksleg https://t.co/FkEZL55heK

According to Kobach, President Trump is on board with Airman Kolfage’s campaign to build the border wall on private land with privately raised funds.

“Mr. Kobach, a hard-line ally of President Trump known for his strident stand on immigration, has long advocated a tough border policy.

He is currently an advisory board member of “We Build the Wall Inc.” a nonprofit group that has collected more than $12 million toward the effort. Mr. Kobach says the group has obtained the presidential seal of approval for the private initiative.

President Trump gave the undertaking his “blessing” in a telephone conversation Wednesday night, according to Mr. Kobach.

Mr. Kobach, 52, says the group will begin construction soon on its first section of the wall on donated property, likely in Texas, and that the work can be completed cheaply and efficiently by the private sector.

The private wall idea is an outgrowth of a plan started in December as a GoFundMe campaign by Brian Kolfage, a disabled Air Force veteran living in Florida who says the impetus for his project was mounting public frustration over the government’s failure to reach an agreement on border protection.”

After the New York Times’ story was published, Kolfage posted the news of Trump’s support:

Today, President Trump tweeted out the need for the wall to stop the migrant caravans & criminal illegals:

We have turned away, at great expense, two major Caravans, but a big one has now formed and is coming. At least 8000 people! If we had a powerful Wall, they wouldn’t even try to make the long and dangerous journey. Build the Wall and Crime will Fall!

Earlier today Airman Kolfage posted some of the wall plans they are reviewing:

We are reviewing many border security plans this week when we head to Texas tomorrow. lots of incredible ideas from amazing designers and construction firms coming in and we’re going to work with border agents to ensure they get exactly what is required to protect Americans. pic.twitter.com/VrEKXFo2Iv

Kolfage also posted a picture of donors who thanked him as he had breakfast with his family today. The donors are going to volunteer to feed the workers who construct the wall.

Eating breakfast with my family at @HiltonHotels and these donors from Atlanta wanted to thank @WeBuildtheWall! They were so pumped for the wall and are ready to volunteer to help feed our workers when we build it!

So there you have it. Airman Kolfage & his team will be building the wall on private property and President Trump is backing them up. Others on Kolfage’s “We Build the Wall Inc” advisory board include: Sheriff David A. Clarke, Brigadier General Dr. Robert S. Spalding III, former Congressman Tom Tancredo, Blackwater founder, Erik Prince, Industrialist John Daniel Moran, Jr., Angel Dad Steve Ronnebeck, and many other high-level people who will later be announced. 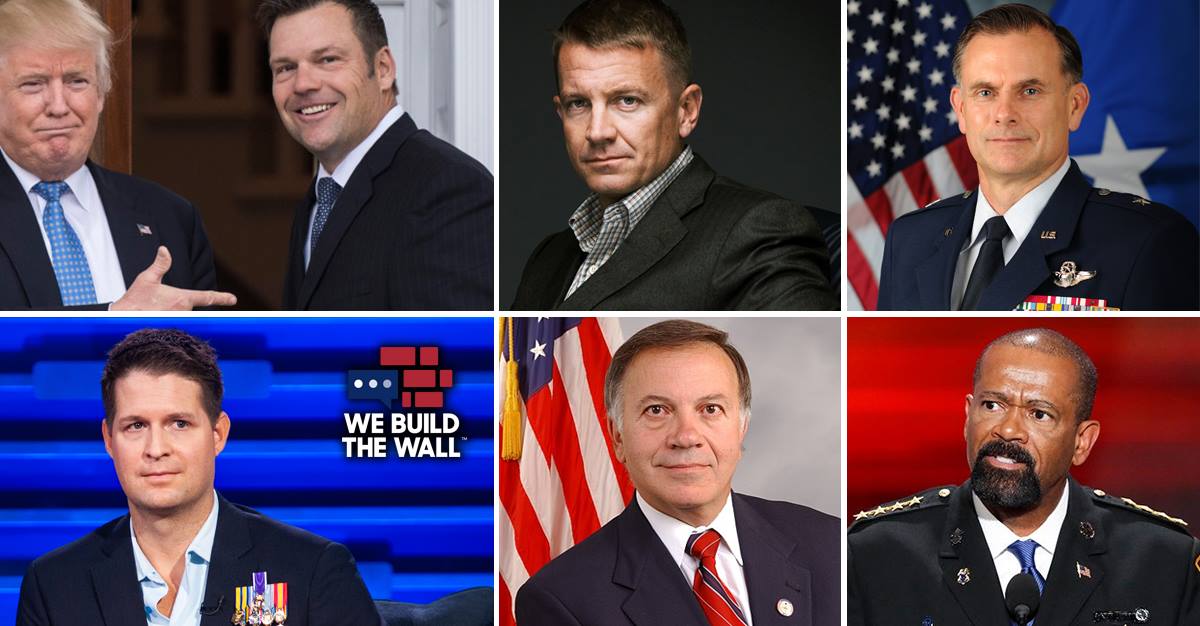 Kolfage & members of his advisory committee are heading to Texas to consult with landowners & border officials to assess where they will begin building. According to Airman Kolfage, they will arrive on Sunday, January 27.

We’re building it! Heading to Texas tomorrow! Thank you for the support! https://t.co/8SPVZXXNf5

Thanks to Airman Kolfage, his team, and hundreds of thousands of patriotic Americans, construction on the wall WILL begin & there is nothing Pelosi or Schumer can do about it!

See the important information below on how you can help Airman Kolfage BUILD THAT WALL!

This is IMPORTANT. If you donated before January 11th and you want your contribution to go towards CONSTRUCTION of the WALL, you need to tell GoFundMe by clicking the link below:

If you donated after January 11th, your money is going towards the construction of the wall. All donations from here on forward go to build the wall on private land.

Anyone who donated before January 11th has 90 days to tell GoFundMe to use their contribution to build the wall.

Here’s what you can do to help Airman Kolfage get the wall built!

This article was written by Jeff Rainforth for RightWing.news and originally appeared here. It was edited & republished with permission.