Bette Midler has given us a glimpse at what goes through her mind when it comes to President Trump and his family. Basically, she wished death on them.
This comes on the heels of another celebrity, Cher, saying that she believes not even cockroaches will survive Trump’s America. That’s just straight crazy, but what Midler is fantasizing about is downright disgusting. You have to wonder if she wants Barron to die, also.

Her post was in response to a video of Donald Trump Jr. discussing alleged business in Russia in 2011, years before his father announced his presidential run.

Bette Midler often sends hateful and unhinged political messages on her social media. She recently attacked First Lady Melania Trump, using a revealing photo from her days as a model to label her “FLOTITS.”

The 72-year-old star has also referred to President Trump as a murderer, saying “the world is coming under siege from murderers, plunderers like him.”

The Hocus Pocus actress also found herself in some hot water in October for tweeting that women were the “N-world of the world.”

“‘Women, are the n-word of the world’ Raped, beaten, enslaved, married off, worked like dumb animals; denied education and inheritance; enduring the pain and danger of childbirth and life IN SILENCE for THOUSANDS of years. They are the most disrespected creatures on earth,” she said, later deleting the tweet and issuing an apology.

“The too brief investigation of allegations against Kavanaugh infuriated me. Angrily I tweeted w/o thinking my choice of words would be enraging to black women who doubly suffer, both by being women and by being black. I am an ally and stand with you; always have. And I apologize,” she said.

The too brief investigation of allegations against Kavanaugh infuriated me. Angrily I tweeted w/o thinking my choice of words would be enraging to black women who doubly suffer, both by being women and by being black. I am an ally and stand with you; always have. And I apologize.

These celebs go way over the line, especially ones like Kathy Griffin and her picture of Trump’s decapitated head.

Midler should be ashamed of herself, but she won’t be. 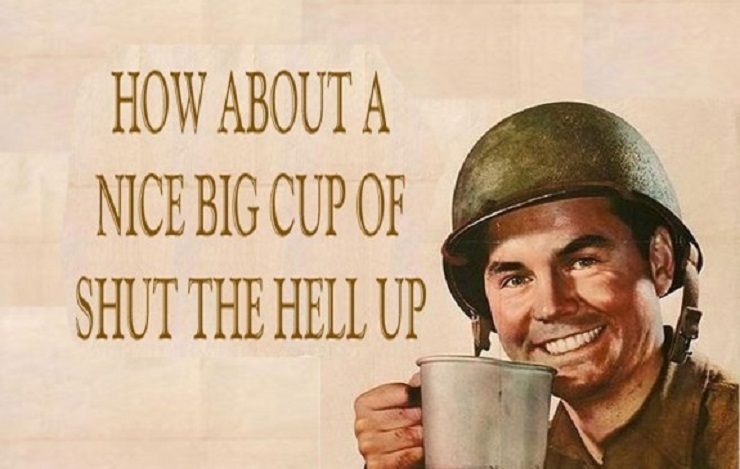 Share this if you think Midler should just keep her mouth shut!